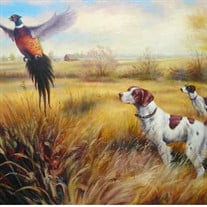 Alfred Stanley Kwolek, 98, of Traverse City, formerly Crossville, Tennessee, passed away peacefully on Dec. 22, 2019 while holding his daughter's hand. Al was born in Detroit May 11, 1921 the son of Stanley and Frances Kwolek. Al married Lorraine Berry on April 26, 1947. They celebrated 60 years of marriage before her passing in 2007. Al graduated from Wilbur Wright high school in Detroit and studied mechanical engineering at Lawrence Tech for several years before enlisting in the Coast Guard at the start of World War II. He served on the USS Bayfield in the Pacific as a radio technician and saw action at Iwo Jima and Okinawa. After the war, Al opened a machine shop in Detroit. Several years later he accepted a mechanical engineering position at Eaton Manufacturing and advanced into management, where he directed operations in Canada, Europe and Africa. In 1970 Eaton transferred him to Tennessee, where he served them until his retirement in 1983. Al felt at home in Tennessee. During his employment at Eaton, he lived in Gallatin, Greenback, and Jackson. After retiring, Al and Lorraine moved to the Fairfield Glade Resort Community in Crossville, Tennessee, where they made lasting friendships and became avid Tennessee Volunteers fans. They enjoyed 18 years of relaxation with friends before moving back to Michigan. They wanted to be close to their family as Lorraine's health declined. After Lorraine's passing, Al met Laurie Tevlin. He and Laurie were daily companions until her passing in November of 2013. Al became a member of Laurie's loving family. Later he met another close companion, Marie Shugart, and her dear family. Sadly, Marie passed in March of 2019. From his youth, Al enjoyed bird hunting, fishing and swimming. Al swam pool laps until age 96. His father owned a cottage on Long Lake in Lake Orion, where the extended family enjoyed many summer vacations. Both Al and his dad were avid Detroit Tiger fans. Family and friends celebrated his 90th birthday at a suite in Comerica Park. Al lived to be the last of his generation. He was preceded in death by his two sisters, Esther (Ray) Pietras and Florence (Roy) Larkman. He is survived by his son, Bill (Sandi) Kwolek; daughter, Peg (Rick) Frederick; grandchildren, Meghan (Skyler) Nelles, Dan (Emily) Kwolek and Aaron Kwolek; great-grandchildren, Oscar and Theodore Kwolek; and 10 nieces, nephews and their families. The family extends gratitude to Al's caretakers at Orchard Creek Assisted Living and to Hospice of Michigan. He always had praise for the loving care he received. Alfred will be laid to rest in a private service next to Lorraine in the spring of 2020 at Oakwood Cemetery. Should anyone desire, donations in Al's memory may be made to the Cherryland Humane Society, Peace Ranch or Hospice of Michigan. Reynolds-Jonkhoff Funeral Home and Cremation Services is caring for Al and his family.

The family of Alfred Stanley Kwolek created this Life Tributes page to make it easy to share your memories.