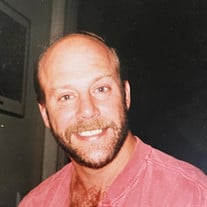 Andrew “Andy” John Begley, 66, of Traverse City, passed away Aug. 21, 2021. He was born in Holland, MI, Jun. 28, 1955 to parents Phillip and Anne (Gary) Begley. Andy graduated from Traverse City Central High School, class of 1973. Andy was extremely athletic, being a member of TC Central’s first wrestling team. He was driven and competitive. He also played football and tennis. Tennis, in particular, was a sport he remained passionate about for the rest of his life. Andy was well-liked at school, and was a good student. He went on to earn an accounting degree from Hope College, where his handball game became legendary. Andy then went to Keller University of Chicago and earned his MBA, and became licensed as a CPA. These were accomplishments he was very proud of. He was fascinated by geology and had numerous books on the subject. He also had an impressive rock collection that adorned his yard. Andy ended-up coming back to Traverse City and enjoyed a long career at Chef Pierre, in the finance department there. The last job he held was at a local oil and gas exploration company, O.I.L, where he was a CPA. He loved spending time at the family cottage on Torch Lake. Some of his happiest times were spent there, playing tennis and walking down the dock to jump in the boat. Above all else however, was the love he had for his two children. Andy leaves behind his children Madeline and Jack Begley; granddaughter Willow; siblings Marty, Gary (Beth), Ben (Kate), Adam (Melissa) and Lauren; several, nephews, extended family and close friends. He was preceded in death by his parents. A memorial service will take place 11:00AM, Tuesday, Sept. 7, at Reynolds-Jonkhoff Funeral Home. Visitation will begin at 10:30AM and continue until the time of service. Afterwards, he will be laid to rest next to his parents in Grand Traverse Memorial Gardens. In lieu of flowers please consider memorial contributions to a charity of your choice in Andy’s honor. You may visit Andy’s tribute page to share memories and condolences at www.reynolds-jonkhoff.com

The family of Andrew J. Begley created this Life Tributes page to make it easy to share your memories.