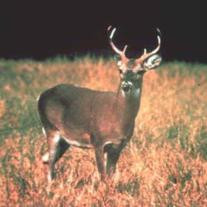 Buchanan, MI - Arthur W. Secor was born on April 15, 1926 in Traverse City. Art or Artie as his brother-in-law Ken Stricker and sister-in-law Sandy Hayes liked to call him grew up on a farm. Consequently when his older brother, Ed went to war, Art had to quit school and work the farm. After the war he enlisted into the Army and served with the 8th Army in Yokohama, Japan as an automotive mechanic. He was honorably discharged in 1948 and then worked as a merchant marine on the ore boats on the Great Lakes. He married Annamae Stricker in 1954. Art worked at the Traverse City State Hospital for 36 years and retired in 1987. Art enjoyed years of playing golf, endless games of cards, spent years hunting and enjoyed woodworking and gardening. He spent many a day in Florida fishing or just soaking up the sun. Art and Ann were very blessed to spend many winters in Florida. As the years went by, Art became a great storyteller and if he found an interested party willing to listen to him he could spend hours telling you about his army days and years at the state hospital, many times telling the same stories over again. He had a wonderful sense of humor right to the end. Art was preceded in death by his wife of 53 years, Annamae Jean (Stricker) Secor; his parents, Joseph and Moya; brothers, Clifford and Edward and; sisters, Mildred and Elizabeth. He is survived by his children; daughter, Patricia (Robert) Mazurek and son, Kenneth Secor; grandchildren, Chris Mathews, Summer (Michael) Graham, Melissa (Ryan) Wesley, Crystal Majszak, Jonathan Majszak, and Michael Mazurek; great-grandchildren, Sean Robert, Leah Theresa, and Gabriella Annamae. Art is also leaving behind many other family members and treasured friends. Visitation with the family will be held at the Reynolds-Jonkhoff Funeral Home Saturday May 12th at 11 am followed by his celebration of life at 12, noon. There will be a luncheon at the funeral home for family and friends immediately after. In lieu of flowers the family is requesting that donations be made to Home for Hospice in memory of Art, located at 4025 Health Park Lane, Saint Joseph, MI, 49085. Please share thoughts with the family at Art's online guest book at www.reynolds-jonkhoff.com The family is being served by the Reynolds-Jonkhoff Funeral Home and Cremation Services.

Buchanan, MI - Arthur W. Secor was born on April 15, 1926 in Traverse City. Art or Artie as his brother-in-law Ken Stricker and sister-in-law Sandy Hayes liked to call him grew up on a farm. Consequently when his older brother, Ed went to... View Obituary & Service Information

The family of Arthur Secor created this Life Tributes page to make it easy to share your memories.