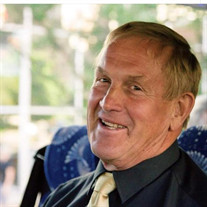 Bart Ingraham, 73 of Suttons Bay passed away peacefully at his home after a brief but valiant battle with Pancreatic Cancer. Bart was born on October 16, 1947 in Grand Rapids to the late Alvin Louis and June Louise (Williams) Ingraham. Bart was raised in a hardworking country farm where he drove tractor at 9 years young, planted and harvested each season and tended animals for Kent County 4-H. This set him forth into a life of adventures. Bart graduated from Rockford High School in Rockford, Michigan in 1965 as a “Great Guy to Know” and homecoming King which always made him blush to mention. He set his sights high, academically and athletically, and attended Colorado State University with a full Football Scholarship. Bart met his creative, smart, gifted, darling future lifelong wife, Gail G. Hewitt in Z205; a zoology class at Colorado State University. The rest as they say is history. They married on April 3, 1971 in Englewood, Colorado. In their younger years they served in the Peace Corps in the Philippines. Together with their gifts, talents and vision they originated, designed, owned and operated Bellwether Gardens on Shady Lane for 30 years. Bart was impassioned with great music both as a studied listener and avid performer with a deep, rich, confident baritone or bass. He performed around the area with several groups enthusiastically. He was a gifted sculptor and greatly appreciated all forms of art. He was also involved with Old Town Playhouse for over 30 years. He will be greatly missed by his family, friends and fellow artists and gardeners. Bart is survived by his wife Gail “GG”; brother Brian (RuthAnn) Ingraham and Sister Helen (Dave) Lundberg and five beloved nephews and three endeared nieces. He and Gail were Great Uncle Bart and Great Aunt GG to 11 precious Nephews and Nieces whom will always know of their generous legacies. Bart was preceded in death by his older sister Linda, tragically in 1979. A celebration of his life will be held on Friday, November 20, 2020 at 3:00 at the Reynolds Jonkhoff Funeral Home with visitation beginning one-hour prior. For those not able to attend in person, visit www.rjfh.tv to watch the live stream. Memorial contributions in his honor may be directed to the Old Town Playhouse.

Bart Ingraham, 73 of Suttons Bay passed away peacefully at his home after a brief but valiant battle with Pancreatic Cancer. Bart was born on October 16, 1947 in Grand Rapids to the late Alvin Louis and June Louise (Williams) Ingraham. Bart... View Obituary & Service Information

The family of Bart Ingraham created this Life Tributes page to make it easy to share your memories.

Bart Ingraham, 73 of Suttons Bay passed away peacefully at his...