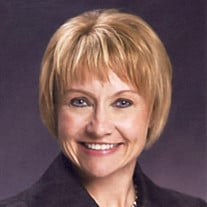 TRAVERSE CITY-Billie Jo Clark of Traverse City passed away peacefully on Tuesday, April 28, 2015. She was born October 30, 1964, in Calumet, Michigan, and moved to Warren, Michigan. Following her mother’s early death, she moved back to Calumet with her extended family and loving cousins. Billie had an independent spirit. She graduated from Calumet High School in 1982. She put herself through Ferris State College and then Thomas M. Cooley Law School. Billie was an accomplished practicing attorney in Northern Michigan for 22 years. Her main area of expertise was family law. She was a seasoned litigator with a quick wit, an agile mind, and appeared before a number of judges in Northern Michigan. She was most highly regarded for her proven success as an accomplished mediator and effective problem solver in Benzie, Grand Traverse, Leelanau, Antrim, and Wexford Counties. She ran for Benzie County probate judge in 2012. She gave freely of herself, volunteering for Third Level Crisis Intervention Center, Free Legal Aid Clinic, Women’s Resource Center, Women’s Lawyers Association Clinic, and various Law Day activities. She settled hundreds of cases during her career and was routinely selected because of her successful track record. She was a member of the State Bar of Michigan, the Benzie County Bar Association, the Grand Traverse -Antrim-Leelanau Bar Association, where she served as a past president and treasurer, and the Up North Collaborative Divorce Professionals. She loved being an attorney and maintained her practice independently despite her illness. Billie married Todd Clark in Copper Harbor in 1989. They had two beautiful children, son, Sam, and daughter, Grace, the most important people in her life. They are a testament to her strength as a parent. Her greatest regret was that she couldn’t beat cancer to be with them. She had strong words for cancer, but was grateful to her doctors for their wonderful care and expertise, and many supportive caregivers who witnessed her strength during her valiant battle. Billie was an accomplished runner and served as a Traverse City Track Club Director at large. She gave freely of her talents and generous spirit through her numerous community activities. She also served as a member of the Traverse Bay Sunrise Rotary, past president of the Alzheimer’s Association-Northern Michigan Board, and served on the Traverse Area Public Schools District Advisory Council. As a professional and a mother of two, Billie successfully balanced her solo law practice with the demands of an active home life, attending her children’s many and varied extracurricular activities, all while supporting their education through her active involvement. Billie loved people and could strike up a conversation with anyone. She was a spiritual person, interested in metaphysics, challenging her friends and family while manifesting positive energy to those around her. Her laugh was infectious. She enjoyed sharing a good bottle of wine, good food, great conversation, and many good times with her friends and family. She was well-loved by many and will be sorely missed after being taken much too soon. Billie is preceded in death by her mother, Judith Marlene Paulson. She is survived by son, Samuel Clark, daughter, Grace Clark and their father Todd Clark of Traverse City; sister Robin (Darrell) Cronkright of Racine, Wisconsin; and special friend and mother-in-law, Mary Lathwell; special cousins, Rosie and Barney Teddy and Wendy Stevens, all of Calumet, Michigan; and numerous other relatives and friends. A memorial service for family and friends will be held today, May 1 at 4:30 p.m. at the Reynolds Jonkhoff Funeral Home in Traverse City. In lieu of flowers, memorial donations may be made to the Traverse City West Baseball and Tennis Programs or the Alzheimer’s Association. The family is being served by the Reynolds-Jonkhoff Funeral Home. Please visit www.Reynolds-Jonkhoff.com to share your memories with the family.

The family of Billie Jo Clark created this Life Tributes page to make it easy to share your memories.