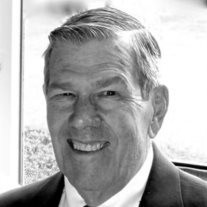 Bret George Bell Williamsburg, Michigan – After sharing a lovely Thanksgiving and Christmas holiday with his family and traveling to the Rose Bowl to cheer the Spartans on to victory, Bret Bell passed away unexpectedly and comfortably on January 9, at Munson Medical Center surrounded by his loving family. Bret was born on June 25,, 1940, in Beloit, Kansas, to Lester and Helen Bell. The family moved to East Lansing, Michigan, when Bret was two years old. He graduated from East Lansing High School in 1958. He earned a bachelor’s degree in civil engineering and a MBA from Michigan State University. He remained a strong supporter and ardent fan of MSU throughout his life. Bret married Carol Ann Smith on December 27, 1964. They raised two sons and shared a wonderful life together until Carol’s passing in 2006. Bret worked with computers in college and after graduation was employed in Pennsylvania with Burroughs Corporation, the Facebook of its day. The family returned to Michigan when Bret started Coding Products in Kalkaska. After retiring in 1991, Bret devoted himself to community service. He served as treasure of the Traverse City Community Foundation. He managed the remodeling of the Traverse City Opera House. He served as President of the Samels Farm Heritage Society helping to preserve and bring to life the area’s history. He served on the Foundation Board of Northwestern Michigan College and the Munson Healthcare Board. In 2010, Bret married long time friend, Linda Smith, and together they continued to enjoy life with traveling, gardening, building projects, family, friends and life on Elk Lake. Bret enjoyed spending some of the winter months at his home in Green Valley, Arizona. There he explored the history and culture of the western United States. He was an accomplished wood worker and always had a project in progress in his workshop. He created many furniture pieces for his home and family. He recently completed building a bridge, river and pond at his home. Bret pursued everything with precision and passion. He was always eager to help others and was a natural, patient, wonderful teacher. Bret touched many lives as a friend, advisor, brother, husband, father, grandfather, uncle brother-in-law and businessman. He loved life and made every day the best it could be. He will be deeply missed by all that knew him. Bret is survived by wife, Linda, children, Steve (Kate) Bell, Bruce (Heather) Bell and grandchildren, Grant, Ryan, Meredith, Seeley and Sawyer Bell. He is also survived by his wife’s children, Cathy (Eric) Novak, Dustin Smith and Allyson Smith and her grandchildren, Courtney and Troy Novak. Sister; Pam (Gary) Raff, sister-in-law; Judy Bell and many nieces and nephews. Wife Carol, his parents, Lester and Helen Bell, and brother Tom Bell preceded Bret in death. Visitation for friends and family will be at 10:00 a.m., Friday, January 24th at the First Congregational Church, 6105 Center Road, Traverse City. The funeral service will be at 11:00 a.m. followed by a luncheon in the fellowship hall. In lieu of flowers the family has requested that memorial contributions be directed to the Samels Family Heritage Society P.O. Box 111, Williamsburg, MI 49690. Please express your fond memories online at www.reynolds-jonkhoff.com.

Bret George Bell Williamsburg, Michigan &#8211; After sharing a lovely Thanksgiving and Christmas holiday with his family and traveling to the Rose Bowl to cheer the Spartans on to victory, Bret Bell passed away unexpectedly and comfortably... View Obituary & Service Information

The family of Mr. Bret George Bell created this Life Tributes page to make it easy to share your memories.

Williamsburg, Michigan – After sharing a lovely...