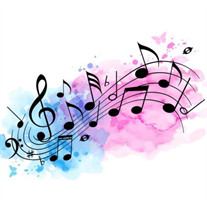 Byron Winslade Hanson, 79, passed away Friday March 19, 2021 at Munson Hospice House in Traverse City. Byron was born on February 27, 1942 to the late Byron and Louise Hanson in Minneapolis, Minnesota. Following his graduation from Edina High School, Byron attended the Eastman School of Music in Rochester, NY, earning bachelor’s and master’s degrees in music as well as a performer’s certificate in euphonium. His connection to Northern Michigan began in 1958 when as a teenager, his high school band teacher received a request from the director of the National Music Camp (now Interlochen Arts Camp) for a euphonium player to join the National High School Band for the Camp’s 31st season. This sparked a lifelong commitment to the institution - Byron made his home there, teaching for almost 50 years and inspiring generations of students to go on to careers in the arts and beyond. Byron’s dedication to Traverse City’s music community was evident in its variety: conducting the Central United Methodist Church’s annual Messiah Sing and participating in worship through many different facets of music making, accompanying and coaching local students for Solo and Ensemble competitions, singing in NMC Grand Traverse Chorale, and playing piano weekly for the Traverse City Rotary Club. Byron also spent many summers in Fish Creek, WI, serving as assistant conductor, playing piano, and managing guest musicians for the Peninsula Music Festival, forming deep connections with colleagues over the years and passing along a love of that area to his family. Byron is survived by his daughters, Meredith Hanson of Lake Placid, NY, and Lindsay Hanson of Pennington, NJ; his sister, Eileen Combs, and niece, Dana Fox, of Knoxville, TN; his sister-in-law, Kathie Herkelmann of Traverse City; and many dear friends. Byron was preceded in death by his parents and his wife, Ann. A service celebrating Byron’s life is planned for a later date. In lieu of flowers, Byron can be remembered through memorial contributions to Central United Methodist Church’s music fund, 222 Cass St, Traverse City, MI 49684, or the Ann and Byron Hanson Camp Scholarship or the Byron Hanson Guest Teacher Endowment Fund at Interlochen Center for the Arts, P.O. Box 199, Interlochen, MI 49643 or online at https://www.interlochen.org/give. Please feel free to share your thoughts and memories with Byron's family at his tribute page at www.reynolds-jonkhoff.com. The family is being cared for by the Reynolds-Jonkhoff Funeral Home and Cremation Services.

The family of Byron W. Hanson created this Life Tributes page to make it easy to share your memories.