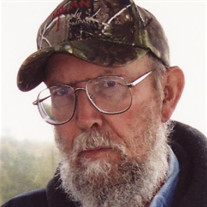 KINGSLEY — Byron Roy Kuenzer, 65, of Kingsley, passed away peacefully in his home surrounded by family on Nov. 10, 2014, from pancreatic cancer. He never gave up fighting the disease and willingly continued working for nearly a year after his diagnosis. He finally passed exactly one month after his 40th year retirement ceremony from Gosling Czubak Engineering Sciences, Inc. on Oct. 10, 2014. Born on Nov. 22, 1948, to Roy Warren and Pearl Olive (Cady) Kuenzer in Frankfort, he married Joan M. (Fryzelka) Saul on June 21, 1991, on Mackinac Island, with Mayor Margaret Doud officiating. Byron graduated from Bear Lake High School in 1966. Rather than waiting to be drafted, he enlisted into the U.S. Army Jan. 23, 1967, giving him his choice of jobs. After boot camp he became part of the 497th Engineer Port Construction and the 87th Engineer Battalion, working in construction survey and as an overseer of construction materials. October 1969 he was honorably discharged from his role in the Vietnam War and since then has been a lifelong member of the American Legion Post 0219, Fife Lake, and the VFW Cherryland Post 2780 of Traverse City. Upon returning to Michigan from his tour in Vietnam, Byron worked with his father building houses until September 1970. He then attended Michigan Technical Institute in Houghton and Hancock, graduating April 1972 with an associate’s degree in civil engineering. June 1972, Byron was hired at Miller Davis in Kalamazoo until September 1974 when he changed employers and moved to Traverse City. Sept. 30, 1974, Byron hired into Perla Stout, which later was changed to Gosling Czubak Engineering Sciences, Inc. Over the years he had many job titles during his employment, including soils and concrete testing, engineering construction inspector, supervisor and driller of drilling department from 1978 to 2013 and most recently, environmental systems technician, retiring Oct. 31, 2014, after 40 years. Byron was an avid outdoorsman and do-it-yourselfer, which made it easy for him to volunteer his time as leader of the Webelos and Boy Scout troop of Kingsley for four years. He enjoyed fishing for crappies and bluegill but his real talent was catching whitefish and walleye, making him the envy of the lake with every cast. Every spring he looked forward to picking wild mushrooms and berries and planting his vegetable garden. However, his real passion was hunting, whether it was for the elusive black, gray and fox squirrels, the infamous grouse or the cunning white tail deer, which fostered a yearly competition with his wife, Joan, since 1991. Camping at the River Mouth campground in Paradise was his favorite vacation spot for more than 40 years. The campsite was centered in some of the best grouse hunting and wild blueberry and cranberry picking in the state. He never tired of the yearly visits to Tahquamenon Falls, Whitefish Point and in later years, Crisp Point Lighthouse. Byron was a Jack of all trades. His many talents included drafting remodeling plans for his home, construction, roofing, electrical, plumbing, mechanical, automotive and woodworking. His vast knowledge of nearly everything allowed him to perform all odds-and-ends projects himself without the need to hire someone. He loved to travel as long as it didn’t include flying and enjoyed the many trips across country while his stepson was in the Navy, the pheasant hunt with his son in the Dakotas, the once in a lifetime elk hunt with his friend, Harlan Nelson, a walleye fishing trip with son in Canada and a bucket list tour of the west with his wife in August 2014. Byron is survived by and will be greatly missed by his loving wife of 23 years, Joan Saul; son, Christopher (Danielle) Kuenzer, of Michigan; stepchildren, Leta Saul, of Utah, and Thomas Saul, of Michigan; step grandchildren, Michael Saul, Jason Potter, Brenna Potter, Desirae Bottesi and Valerie Barribeau; great-granddaughter, Camila Potter; mother, Pearl Kuenzer; siblings, Marsha Rose, of Rockford, Leola (Gary) Edens, of Gaylord, and George Kuenzer, of Bear Lake; many nieces and nephews; and Byron’s best canine buddy, Scooter. Byron was preceded in death by his father, Roy W. Kuenzer; father-in-law, Henry W. Fryzelka; and first wife, Janet D. Kuenzer. A memorial service is scheduled at Resurrection Life Church, South Airport Road, Traverse City, on Friday, Nov. 14, 2014, at 2 p.m., with visitation one hour before the service. Burial will take place at Evergreen Cemetery, Kingsley, at a later date. Memorial contributions in Byron’s name may be directed to Fife Lake American Legion Post 0219 or VFW Cherryland Post 2780. Kindly share your memories with Byron’s family by visiting their online guestbook at www.reynolds-jonkhoff.com. Arrangements for the family have been entrusted to Reynolds Johnkoff Funeral Home and Crematory Services.

KINGSLEY &#8212; Byron Roy Kuenzer, 65, of Kingsley, passed away peacefully in his home surrounded by family on Nov. 10, 2014, from pancreatic cancer. He never gave up fighting the disease and willingly continued working for nearly a year after... View Obituary & Service Information

The family of Byron Roy Kuenzer created this Life Tributes page to make it easy to share your memories.