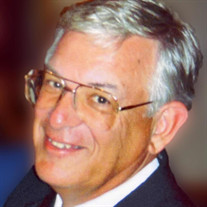 Born Carl James Goss to Carl and Betty Goss of Traverse City, Michigan on Oct. 20, 1944, Jim expressed to his sons at 77 that “he’d had a good run.” He was surrounded by his family’s love when he crossed the finish line on April 5, 2022. Jim experienced a variety of opportunities from his one-room schoolhouse education out Cedar Run Road to his two Bachelors’ degrees at Michigan State University, one in economic geography and the other in the hospitality industry. He aimed for his dreams and achieved many. His childhood on the farm allowed him early entrepreneurial experience raising rabbits, gardening, riding his stallion, and roping calves at the rodeo. He played the piano well until he gave it up for junior high football and his life-long passion for all sports, along with his high school sweetheart, Margy. During his MSU years, Jim and Margy hunted for land near Lake Michigan waterways, buying along a peaceful Acme valley on East Grand Traverse Bay to raise their three sons, family pets, and entertain friends. The fishing was extraordinary, boating to Mackinaw Island and Ptobego were always possible, and activities associated with the Bay were endless. Jim’s family built a whole generation of memories there. Jim was a wonderful salesman working for Paul Fata and Sons for nearly 25 years. He turned customers into life-long friends and experienced his dream of owning a self-run business when he bought a beverage distributorship in the Lansing area. He bragged that he was a 30-year student who never had to go to class. Meanwhile his own sons were making their mark on the Okemos School system classrooms and athletic fields, where Margy volunteered and Jim was on the “chain gang” during football games. He loved these middle years that were so full of growth and change. Jim mentored three sons, Erik (Michelle), Damon (Tracy), and Adam (Jennifer) who call him the best dad in the world! This achievement has culminated in eight grandchildren (Katie, Sarah, Luke, Emma, Owen, Cobe, Colton and Avery) who loved his cooking and friendship. Grandpa Jim was a hoot, who closely followed their activities, and loved them all dearly. These powerful memories will live on. In 2003, retirement in Acme became a possibility. Jim and partners thought they’d do something nice for Acme Township, so the Village at Grand Traverse began to evolve (present day Meijer store). Along the way, Jim took time to help his old football coach maintain the family scholarship fund, uniting players and family to create a self-sustaining scholarship fund that awards funds to Central, West and St. Francis High School graduates every year. Many things were important to Jim, but none more than the love he felt for family and friends and the love they returned. His enthusiasm for life was “catching” and influenced many golfers as he played out his final passion. May the good Lord find a use for this solid soldier in his ranks. . . Jim certainly appreciated and thrived on His many blessings. Jim was preceded in death by his grandparents (Art and Ada Goss), (Ira and Clara Collins), his and Margy’s parents (Chuck and Maxine Meach) (Amelia Jean Arnold Meach), sister-in-law Jennie (David) Lewis, sister Janet (Richard) Hults, and numerous beloved cousins. His wife, Margy, sons’ families, his brother (John Goss) and sister Ruth Ann/Patrick Corcoran), sister and brother in laws Sally and Pete Doneth, the Arnold and Meach clans, and so many nieces and nephews remain to remember and celebrate his life. A “Celebration of Life” at the Elks Lodge at 625 Bay Street in Traverse City is planned for Saturday, May 28, 2022. The celebration will begin at 11:00 a.m. with special guests sharing a few words at 11:30 a.m., followed by a slide show of Jim’s life. Lunch will be provided after just so Jim can help feed you all one more time. All are welcome to attend to celebrate Jim’s life and many wonderful memories shared together. Donations may be directed to the Jim Ooley Scholarship fund (JBM for the Big O) or the Cowell Family Cancer Center in lieu of flowers. Please feel free to share your thoughts and memories with Jim’s family at his tribute page at www.reynolds-jonkhoff.com. The family is being cared for by the Reynolds-Jonkhoff Funeral Home and Cremation Services.

The family of Carl "Jim" James Goss created this Life Tributes page to make it easy to share your memories.