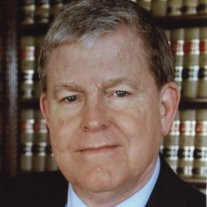 Traverse City - Christopher C. Limbocker, 65, of Traverse City passed away on Friday, February 22, 2013, at his home surrounded by his family after a short but courageous battle with brain cancer. Chris was born on April 25, 1947, in Pontiac, Michigan, to the late Harry and Frances (Guinan) Limbocker, the second of five children. At age seven, Chris and his family moved to Birmingham, Michigan, where he spent his childhood and teen years cultivating many life-long friendships and fond memories. After graduating from Seaholm High School, he earned his B.A. at Michigan State University and his M.A. in Early Childhood Education from the University of San Francisco. Influenced by the social climate of the sixties, Chris developed a life-long passion for political activism. He became involved with the Mission Coalition Organization and the Mission Hiring Hall in San Francisco. His work with the Mission Childcare Consortium inspired his devotion to children. He always stayed current with political issues and encouraged and inspired others to be active in their own beliefs and to vote. Chris dearly loved the music of those times and the messages of peace, justice and equality that they promoted. On September 10, 1977, Chris married Marcia Drury in Kalamazoo, Michigan. Together they shared 35 years of marriage, enhanced by the lives of their daughters, Gretchen and Gina. While in Kalamazoo, Chris worked as the Administrative Director of the WMU Preschool, eventually transitioning into educational sales as the Midwest Regional Sales Manager for Childcraft Education Corp. In 1990 they moved to Marcia’s home town of Traverse City. Chris continued his career in sales management over the next 22 years with the educational supply/furniture companies of Beckley Cardy, Highsmith, Wisconsin Bench and Iron-Furnace. Being on the road much of the time with his work, Chris welcomed coming home to the laid-back Northern Michigan way of life. It was reminiscent of the years he spent at the Limbocker’s summer cottage on Lake Huron with family and friends. Traverse City provided many opportunities for community involvement, and Chris was one to show up for any event. Among his favorites were coaching softball for his daughters, volunteering for the Traverse City Film Festival, attending the various Cherry Festival events, and participating in the 2011 Traverse City Lip Dub. Chris was an avid reader, preferred wearing his Life is Good t-shirts, enjoyed kayaking and rollerblading, and loved a good game of cards and following his beloved Spartans and Detroit sports teams. Golfing and lunch with his buddy Glenn, and being hailed as the uncle who made cheesy potatoes, baked beans and deviled eggs for family get-togethers meant the world to him. Chris will always be remembered as a kind, gentle man with a non-judgmental interest in others, and an unmatched sense of humor. He loved life and especially treasured being Dad to his two daughters. Chris lives on in those he loved and who loved him: his wife, Marcia, and daughters Gretchen and Gina; brother Spence (Sumiko) Limbocker, sisters Susan (Roger) Mason, Betsi (Andy) Fielek, and Debbie Murdock; his mother-in-law Mary Ann Drury, in-laws John, Ann, Margaret, Mike, Sheila, and Paula and their spouses; 28 nieces and nephews; 21 great nieces and nephews; and countless friends. In addition to his parents, Chris was preceded in death by his father-in-law, Richard Drury. Memorial contributions may be made to the Gwen E. Rauch Cancer Foundation at the GT Pavilions, which helps others with cancer, or to the Community Foundation Youth Endowment, which empowers youth to be philanthropic leaders by giving back to youth in their community. A memorial celebrating Chris’ life will be held on Friday, March 8, 2013, at St. Francis Church in Traverse City. Visitation will begin at 2 p.m., followed by Mass at 3 p.m. with celebrant Rev. Ken Stachnik and concelebrant Rev. Andy Buvala.

Traverse City - Christopher C. Limbocker, 65, of Traverse City passed away on Friday, February 22, 2013, at his home surrounded by his family after a short but courageous battle with brain cancer. Chris was born on April 25, 1947, in Pontiac,... View Obituary & Service Information

The family of Christopher Charles Limbocker created this Life Tributes page to make it easy to share your memories.