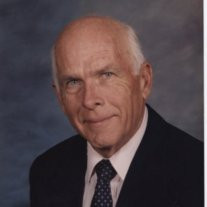 On June 20th, 2013, Clarence Theodore Fistler, or “Ted” to those who knew and loved him, was called back to be with his Lord and Savior, Jesus Christ. He was born May 8th, 1933 to Clarence Henry Fistler and Margaret Julia W. Martlock in Detroit. Ted was married on October 26th, 1952 to Dorothy Anne Foley at Keesler Air Force Base in Biloxi, Miss. The couple met when they became neighbors in their early teenage years and celebrated 60 years of marriage in October 2012. Before moving to Traverse City in 1980, the couple spent 25 years living in Royal Oak, Mich. where Ted acquire his Bachelor of Arts degree in Business Administration from the University of Detroit. While in Traverse City, Ted was a faithful servant of the Lord, he was a member of First Congregational Church, and a pillar in his community. Ted served our great nation in the United States Air Force as a Staff Seargent. After his service concluded, he spent his professional career as a Right Of Way Engineer with Michigan Bell. Ted was blessed to retire at age 55, which provided him with many years of loving automobiles, reading and celebrating the many joys his of life with his wife and family. An avid sports fan, Ted enjoyed playing baseball, tennis, golf, and bowling. He was also found smiling the most when caring for his beloved dogs and watching his children and grandchildren in their many activities. Those who love Ted knew that his brilliant, witty, and timely humor was one of his most charming attributes. Additionally, he developed his own language that only his family can understand. “Koozimano Godibeech Gondiya” meant anything and everything, depending on the moment. This special tradition will be carried on by his family. Ted is survived by his wife, Dorothy Anne Fistler, and their children, Laura and Bill Smith, Scott and Jennifer Kreta, both of Traverse City; Paul and Leanne Fistler of Plymouth, Mich., and Elizabeth and Tom Roach of Benzonia. Ted also had eight grandchildren, Erica Walsh, David Smith, Amy Post, Paul Smith, Rebecca Zimmerman, Zachary Roach, Kevin Kreta, and Rachel Kreta. The couple also has many great grandchildren. A memorial service will be held later this summer. Ted requested any memorial contributions be made to the Cherryland Humane Society.

On June 20th, 2013, Clarence Theodore Fistler, or “Ted” to those who knew and loved him, was called back to be with his Lord and Savior, Jesus Christ. He was born May 8th, 1933 to Clarence Henry Fistler and Margaret Julia W. Martlock in Detroit.... View Obituary & Service Information

The family of Clarence Theodore Fistler created this Life Tributes page to make it easy to share your memories.