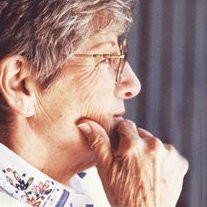 Traverse City-Constance E. "Connie" Pieser, 87, of Traverse City, died Thursday morning, March 7, 2013, at Munson Medical Center. Born July 24, 1925, in Willow Springs, IL, she was the daughter of the late Gunner and Josephine (Husch) Berglund. On March 24, 1944, in Chicago, she was united in marriage to Lawrence Pieser, who preceded her in death in 1992. She was also preceded in death by her brother, Gene "Spike" Berglund. Prior to her retirement, she worked at Munson Medical Center as a ward secretary. Throughout her life, Connie gave her time and talents generously and enthusiastically to her family and friends. Her joy was volunteering at Munson Medical Center, Dennos Museum and Grand Traverse Railroad and Historical Society. Connie will be truly remembered as a loving wife, mother, grandmother, great grandmother and a dear friend to many. She is survived by her children, Sarann Jean Coleman of Leesburg, FL, and her daughter, Lorraine, Richard L. Pieser of Traverse City, and his son, David , and Christopher R. (Margaret) Pieser of Ocoee, FL, and their daughter, Megan; along with two great grandchildren. A Celebration of Life service will be held at the Reynolds-Jonkhoff Funeral Home on Saturday, March 9, 2013, at 4:00 P.M. Mr. David Eichenroth will officiate. In lieu of flowers we ask that you please donate to the Wounded Veterans Project. Envelopes may be obtained at the funeral home. Following cremation, burial will take place at Grand Traverse Memorial Gardens. Words of comfort may be shared with the family on their online guest book at www.reynolds-jonkhoff.com Arrangements were made with the Reynolds-Jonkhoff Funeral Home and Cremation Services.

The family of Constance Elaine Pieser created this Life Tributes page to make it easy to share your memories.