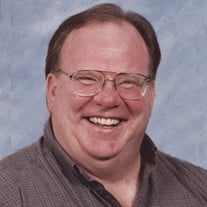 Craig D. Dilloway, 59, of Traverse City passed away peacefully on Monday, September 3, 2018 at Munson Medical Center. He was surrounded by his family. Craig was born on July 29, 1959 to the late Bernard and Barbara (Eilert) Dilloway in Howell, Michigan. He married the love of his life, Louise Garno, September 16, 2000. Louise preceded him in death October 18, 2011. After graduating from St. Francis High School in 1977, Craig went on to proudly serve his country in the U.S. Coast Guard for over 20 years. During the course of his career he was stationed in California, Michigan, Hawaii, Washington, Puerto Rico, and Missouri. Upon Craig’s retirement, he was a substitute teacher for GTACS. Craig joined the Grand Traverse Sheriff Department as a Corrections Officer until his retirement in 2017. Craig was a member of St. Francis of Assisi Catholic Church and an avid supporter of Gladiator athletics. Craig loved all sports; he was a huge Notre Dame Football fan. Craig’s garage, the “Club House”, is a tribute to his love of sports. With Craig’s big heart and warm personality, Craig made lasting friendships wherever he went. One of his favorite ways to stay connected with his many friends was through his Christmas card and annual letter. He will truly be missed by those who knew him. Craig is survived by his siblings, Mary Anne Dilloway of San Diego, CA, Thomas (Polly) Dilloway of Traverse City, MI and Margaret (Dan) Birdsey of Preston, WA. Also surviving are nieces and nephews; Lindsay (Philip) Sheridan, Brynn (Philip) Guster, Shane (Nichole) Dilloway, William Birdsey, Abby Alpers and Hunter Alpers as well as six great-nieces and nephews. Friends are welcome to visit with Craig’s family from 4:00 to 7:00 p.m. on Friday, September 7, 2018, with a 7:00 p.m. rosary, at the Reynolds-Jonkhoff Funeral Home, 305 Sixth St., Traverse City, MI 49684. Mass of Christian Burial will take place at 10:00 a.m. on Saturday, September 8, 2018, with visitation starting at 9:00 a.m., at St. Francis of Assisi Catholic Church, 1025 S. Union St., Traverse City, MI, 49684. Rev. Fr. Benjamin Rexroat will officiate. Craig will be attended by the Grand Traverse Sheriff Color Guard. Military Honors will be conducted under the auspices of the U.S. Coast Guard, Cherryland V.F.W. Post 2780 and American Legion Post 35. In lieu, those planning an expression of sympathy may wish to consider a memorial donation to GTACS – Craig D. Dilloway Scholarship Fund. Please feel free to share your thoughts and memories with Craig’s family at his tribute page at www.reynolds-jonkhoff.com. The family is being cared for by the Reynolds-Jonkhoff Funeral Home and Cremation Services.

Craig D. Dilloway, 59, of Traverse City passed away peacefully on Monday, September 3, 2018 at Munson Medical Center. He was surrounded by his family. Craig was born on July 29, 1959 to the late Bernard and Barbara (Eilert) Dilloway in Howell,... View Obituary & Service Information

The family of Craig D. Dilloway created this Life Tributes page to make it easy to share your memories.