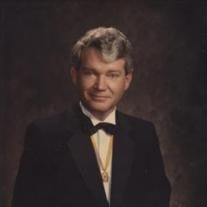 Curtis Ralph Frook, son of Curtis L. and Adele C. (Anderson) Frook, left this world where he began it, Munson Medical Center, with family and friends at his bedside. Curt was born Thursday, October 29, 1942 becoming the fifth family generation having lived in Traverse City. His great great grandparents arrived here in 1866. Curt attended Elmwood and Willow Hill Elementary Schools, graduating from Traverse City Senior High School in 1961. He continued his education at NMC and then went on to California to attend Brooks Institue of Photography in Santa Barbara. He returned to Traverse City and became affiliated with Bud Moyer Photography. In later years he and Terry Burton went into business together. Curt's forty-five year career as a professional photographer finished as a sole proprietor. In 1985, the Professional Photographers of America awarded Curt a Master's Degree in Photography for merits won on his images and articles he had written for professional magazines. He was also published in three photographic books. Curt received the PP of A's National Award for his "meritorious contributions to the profession of photography" in 1997. Having fulfulled the Board's requirements, he was presented the Brooks Institute Honorary Master of Science Degree in Professional Photography while he was their commencement speaker in 1992. During 1980 and 1981, Curt was president of the Professional Photographers of Michigan. He also belonged to the American Society of Photographers whose membership is by invitation only. Curt was a Past Exalted Ruler of TC Elks Lodge #323, having served during the 1973-1974 Elk year. He also served a five year Trustee term. Curt was presented with an Honorary Life Membership in 1982 for his work in Elkdom. He was a member for over 47 years and was a fourth family generation member. He competed in all the ritual chairs, winning three best officer trophies. In May 2010, he received a special citation from the USA Grand Lodge Order of Elks for his dedication to the lodge and community over the years. Curt was also a member of the Eagles for over five years and had been a board member of the Leelanau Peninsula Chamber of Commerce. Curt's family, friends and clients will remember him for his sincerity, dedication and humor. Curt will be lovingly remembered by his devoted wife of 37 years, Karen Kay (Kucera) whom he married on Saturday, May 24, 1975. He is also survived by his brother and sister in law, Ron and Connie Kucera, his nieces and nephews, Anne Marie, Bethany Louise Kucera, Stacey Ann-Elizabeth (Jeffrey) Smith and Dustin (Dawn) Kucera, and great nephews, Sebastian Kucera, Brandon and Tyler Smith and Gabriel and Jeremiah Kucera. He was preceded in death by his parents, a brother Lawrence, his father and mother in law Frank and Connie Kucera, and a niece Marcia-Lynn Kucera. Visitation will take place this evening from 5 until 8 p.m. at The Reynolds-Jonkhoff Funeral Home. The Funeral service will take place Wednesday at the Reynolds-Jonkhoff Funeral Home beginning at 11 a.m. with an Elks service, to be followed by a service of celebrating Curt's life. Memorial contributions may be directed to First Congregational Church of Traverse City, the Elks Michigan Major Projects Fund, which helps special needs children or to a charity of your own choosing. Please share your memories of Curt by way of his online guestbook/tribute page at www.reynolds-jonkhoff.com. The family is being served by Reynolds-Jonkhoff Funeral Home and Cremation Services.

The family of Curtis R. Frook created this Life Tributes page to make it easy to share your memories.