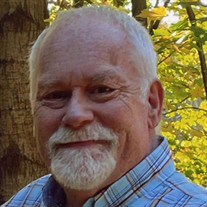 Dana Wescott Cederquist, 68, of Traverse City, passed away on Saturday, November 27, 2021, at Munson Medical Center surrounded by his loving wife and children. Dana was born August 10, 1953, in Comstock Park, Grand Rapids, Michigan, to Earle and Mary Jane (Miling) Cederquist. He attended Kenowa Hills High School in Grand Rapids, Michigan, and moved to Traverse City in the early 1970’s. Dana married his sweetheart, Lori Rosa, on October 19, 1996 at Central United Methodist Church in Traverse City. They lived on Wheelock Lake in Long Lake Township, where they raised their children, Krista, Chuck, and Levi. Dana and Lori were special best friends. They celebrated their 25th anniversary in October of 2021. They enjoyed spending time at their vacation home in New Port Richey, Florida, and going on cruises in the tropics. Dana was a talented guy who loved to work with his hands. In his early life, he was employed at Hahnenberg Moving and Storage. Dana was also an entrepreneur, owning and operating a pizza shop on West Front Street in Traverse City, as well as, Northwood Bump and Paint. He also worked for Gas Compression and Long Lake Gravel for a time. One of his most rewarding jobs was working with students at the Traverse Bay Area Career-Tech Center as a para-professional in the Auto Body department. He was a mentor to many and loved working with the kids. Later, he was a salesman for Great Lakes Paint, LKQ Company, and most recently, Micro Auto Group. Dana was a loving husband, father, grandfather, and cherished his family, especially the kids. He loved holding the new babies, playing with his grandkids and many nieces and nephews. Dana had a great sense of humor, was fun-loving and always had a smile to share with someone. He was also dedicated to serving his community, and was active with his children in 4-H. Dana was a member of the Northwest Michigan Fair board, and also served as president. Dana was the “been-there-done-that” guy, when it came to fixing things. He was an expert when it came to repairing anything from trucks, tractors, cars, lawn mowers and chain saws, maybe even an occasional washer and dryer. Whether it be mechanical or body and paint work, Dana was always there willing to lend a hand. Dana spent many hours working and tinkering in his “man cave” and was meticulous about cleanliness of his shop. Every tool had a place and you could just about eat off the floor. It was also no secret that Dana loved food. Eating, cooking and grilling were some of his favorite past times. Many called him the “Grill Master”. One of his favorite things to do was have breakfast with the boys. Dana is survived by his wife, Lori, daughter, Krista (Jason) Hillygus of Billings, Missouri, son, Charles (Jessica) Cederquist of Evansville, Wisconsin, son, Levi Cederquist of Traverse City, and five grandchildren, Grace, Gabrielle Dana, Blaine, Molly, and Samuel, and many nieces and nephews. Also surviving is one sister, Virginia (Dan) Million of Pahrump, Nevada, and two brothers, Mitchell (Jen) Cederquist of Mt. Clemens, Michigan, and Patrick (Kimberly) Cederquist of Comstock Park, sister-in-law Joan Cederquist of Cummings, Georgia and many special in-laws, (out-laws as Dana called them) and nieces and nephews. He was preceded in death by his parents, son, Benjamin Cederquist, and brother, Mark Cederquist. Visitation will be held Thursday, December 2, 2021, from 4-7pm at the United Methodist Community Center in Lake Ann. Funeral services will also be held at the United Methodist Community Center, 19900 First St., in Lake Ann, on Friday, December 3, 2021, at 11:00am with visitation one hour prior to the service. In lieu of flowers, memorials may be made in Dana’s name to the “Project Sponsorship Fund” with the 4-H Livestock Council, NWMI 4-H Livestock, PO Box 134, Grawn, MI 49637 or Dana Cederquist Memorial Scholarship with North Ed. Career Tech auto body program, 880 Parsons Rd. Traverse City, MI 49686.

The family of Dana Wescott Cederquist created this Life Tributes page to make it easy to share your memories.

Dana Wescott Cederquist, 68, of Traverse City, passed away on...