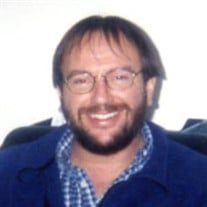 Traverse City – Daniel “Dan” Scott Coddington, 54, of Traverse City, passed away Monday, December 5, 2016. Dan was born on December 31, 1961 in Traverse City to Dwight and Patricia “Pat” (Sebree) Coddington. He Married Shelly Ann Kirt on January 11, 1997 Dan graduated in 1980 from Traverse City High School. He started working at Whiting and Associates before starting Coddington Appraisal Services. He owned and proudly operated his business for many years and had many friends and Colleagues throughout the real-estate industry. In his spare time Dan loved to play softball, throw darts, bike ride, and bow hunt. Softball in particular was a huge part of Dan and Shelly’s life. They played on the Brady’s Team and Karlin Inn and had many friends for many wonderful years. Dan took great pride in caring for his 66 Plymouth Valliant. Also, he was very handy often referred to as “Dan the handyman”. Family was the most important part in Dan’s life. He cherished his wife, children, granddaughters, parents, siblings and friends. As a pillar of his family he will be deeply missed by all who knew him. His smile, sense of humor and love for his family will be remembered forever. Dan is survived by his wife Shelly of almost 20 years; children, Jeremy (Kristin) Klingelsmith, Nicole Graham; granddaughters, Keeley, Katelynn, and Madelynn; his parents Dwight and Pat Coddington; sibliings, Cindy Coddington, Pam (Brian) Lemmon; brother and sister in-laws, Alan (Barb Fleis) Kirt, Debra Kirt, Judy (Marc) Williams, Karen (Jose) Arreguin; many nieces and nephews; and his beloved dog Otto and friends. Dan is preceded in death by his son Trevor, and his father and mother in-law Richard and Darlene Kirt. Funeral services will be held at 11 a.m. on Saturday, December 10, 2016 at the Reynolds-Jonkhoff Funeral Home, with a visitation beginning one hour prior. Burial will take place at the Grand Traverse Memorial Gardens next to his son Trevor. In lieu of flowers memorial contributions may be directed to Michaels Place. Kindly share your thoughts and memories with Dan’s family by way of his online guestbook at www.reynolds-jonkhoff.com . The family is being cared for by the Reynolds-Jonkhoff Funeral Home and Cremation Services.

The family of Daniel "Dan" Scott Coddington created this Life Tributes page to make it easy to share your memories.