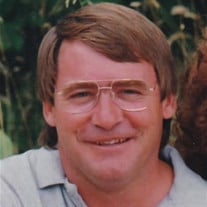 Dan Dixon (Daniel Christopher) , a life-long resident of Traverse City, died suddenly Tuesday, May 17, 2016. Dan was born July 29, 1953, the fourth child of Madelon (Mimi) and Robert (Bob) Dixon, Sr. He graduated from Traverse City High School in 1971 and attended Central Michigan University. After college, Dan worked and was an officer of Dixon Distributing Company. Dan also was a co-partner in Dixon's Moving and Storage. He eventually retired after many years with Antrim Drilling and Lidsco. Dan is survived by his wife, Rebecca Susan Dixon (Johnson), of twenty four years, a step-daughter, Erin Davis (Rob) of South Carolina, and a step-granddaughter, Ashley Davis. He is also survived by a brother, Robert W. Dixon, Jr., MD ( Debbie ) of Grand Haven, MI, a sister, Jill Adams of Bloomfield Hills, MI; and brother, David Dixon, ( Cindy) of Traverse City, MI.; in addition to numerous nieces and nephews. Dan's greatest joys were helping friends and caring for others. He was well known at the Pavilions for visiting others, reading to friends, and his numerous kindnesses. Additionally, Dan was very involved with the Parkinson's Network North for over a decade and was a vital contributor to the organization. Dan loved the Boardman River, hunting, fishing, and his annual trips to hunt and ski out West. Above all, Dan was a terrific friend, brother, and husband with many special gifts of kindness that will be remembered for years to come! A celebration of his life will be held at a later date. Donations in his name may be sent to:The Parkinson's Network North, PO Box 5734, Traverse City, MI, 49696.

The family of Daniel Christopher Dixon created this Life Tributes page to make it easy to share your memories.