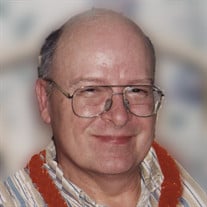 TRAVERSE CITY — David Louis Cyr, 63, of Traverse City, passed away on Sept. 24, 2014, with his family at his side. David was born in Sault Sainte Marie, on Sept. 16, 1951, to his parents, Louis Anthony Jr. and Betty Elaine (Weber) Cyr. David graduated from Milford High School in 1971 and joined the U.S. Coast Guard in 1973. He served as a Yeoman and later in administration until his retirement in 1987. While serving he traveled the world visiting Africa, Cuba, Haiti and Alaska. He met Maxine Bradshaw in 1974, and they were married on July 17, 1976, in Owosso, and celebrated 38 years of marriage together. David attended West Side Community Church and was an active member of the American Legion. He was a proud and loyal sports fan of the Detroit teams and Michigan college teams. His favorite holiday was Halloween, and he was fondly known as the candy man. He was especially proud of his grandchildren, Madison and Lily, who will miss him dearly. David is survived by his mother, Betty; wife, Maxine; daughter, Tammy (Andy) Lammers, of Traverse City; son, Michael (Lacey Cary) Cyr, of Traverse City; sisters, Diane (Barry) Fahnestock, of Imlay City, Denise (Bob) Williams, of Holly, Deborah (Randy) Potvin, of Lake Ann, Donna (Oscar) Garza, Deena Dotson, of Traverse City, and Dawn Cyr, of Kalkaska; brothers, Darrell (Sherri Isaacs) Cyr, Dwayne Cyr and Daniel (Victoria) Cyr; sister-in-law, Chris Cyr; uncle, Terry (Judy) Weber; aunt, Shirley Jawort; aunt, Mariann Weber; and many loving nieces, nephews and family members. He was preceded in death by his father, Louis Anthony Cyr Jr. A funeral service will be held at 11 a.m. on Monday, Sept. 29, 2014, at the Reynolds-Jonkhoff Funeral Home, with visitation held one hour prior. Burial will take place at Grand Traverse Memorial Gardens with a VFW Honor Guard graveside ceremony following the service. Memorial donations may be made to the St. Jude Children’s Research Hospital. Please feel free to share your thoughts and memories with David’s family by visiting www.reynolds-jonkhoff.com. Arrangements for the family have been entrusted to Reynolds-Jonkhoff Funeral Home and Cremation Services.

The family of David Louis Cyr created this Life Tributes page to make it easy to share your memories.