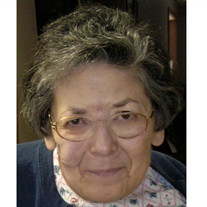 TRAVERSE CITY - Deborah Sue Kohn, 72, of Traverse City, passed away on December 22, 2015. Deborah was born on April 8, 1943 in Traverse City to her parents the late Lloyd and Grace (Joseph) Kohn. Deborah graduated from Mesick High School in 1961. She attended Northwestern Michigan College and earned an Associate degree in 1964 and a BS degree from Central Michigan University in 1967, and earned a Masters degree from Michigan State University in 1975. She started teaching in Traverse City at Traverse Heights Elementary School and taught there for 28 years until retiring in 1994. Deborah with 14 other young people were the first campers to attend Camp Roy-El here in Traverse City that Roy and Ellen Brigman started for the physically handicapped. She attended as a camper until she started coming back as a staff member to help. She was able to attend all 40 years that the camp was in session. Mrs. Brigman and she put together a slide program on camp life to show groups. Deborah was a member of the Munson Medical Center Auxiliary, DAR – Job Chapter, Traverse City Business and Professional Women, NEA, MEA, TCEA, Michigan Association of Retired School Personnel, Mich. Assoc. of Children with Learning Disabilities, Delta Kappa Gamma Society, Mich. Polio Network, Ohio Genealogical Society, Grand Traverse Area Genealogical Society, helped on the Mesick Centennial in 1990 and helped the Mesick Area Historical Association to collect information to build a museum and publish a book. She loved to collect her family genealogy, work in her garden of flowers and vegetables, read, travel, correspond with family and friends, volunteer and help other people, enjoyed getting to know descendants of the Mesick family who the town is names after. Deborah is survived by many cousins, and by her beloved friend Glenda (Tom) Daly of Traverse City and their children Heather, Adam and Jonathan along with their 6 Grandchildren. She was preceded in death by Ruth Denison of Texas, Verna Solarick of California, Vera (Archie) MacPhee of Harietta, MI., Wretha Brastrom of Harrietta, Lois Brastrom of Florida, Lucille Sprague of Cadillac, Harry Joseph who died at age of 15, Mary Nugent of Muskegon, and Horace Kohn of Ortenville. Visitation will be held for family and friends on Monday December 28, 2015 from 4 – 7 p.m. at the Reynolds-Jonkhoff Funeral Home. A funeral service will take place at 11 a.m. on Tuesday December 29, at the Central United Methodist Church with a luncheon to follow. Burial will be at Sherman Cemetery in Mesick. All donations will go to the Mesick Museum. The Museum was a place very close to her heart. The address is PO Box 22, Mesick, MI 49668. Please share your thoughts and memories with Deborah’s family by way of her online guestbook at www.reynolds-jonkhoff.com. The family is being cared for by the Reynolds-Jonkhoff Funeral Home and Cremation Services.

The family of Deborah Sue Kohn created this Life Tributes page to make it easy to share your memories.