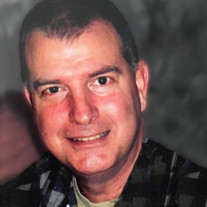 Donald Joseph Curran, 56, of Traverse City, Michigan, passed away unexpectedly on Thursday, March 3, 2016 at Munson Medical Center. Don was born on July 3, 1959 in Youngstown, OH and grew up in New Canaan, CT where he graduated from New Canaan High School. He later moved to Brookfield, CT where he worked at Grolier Publishing. In 1999, he moved to Traverse City, MI and began his employment with the Grand Traverse Area Catholic Schools. Don is remembered for his years of service working with the Catholic Schools and took great pride in his work. He was fondly referred to as “Mr. Don” by the children at school and was close friends with many of the teachers and staff. Don was an avid fan of the Traverse City Beach Bums. He enjoyed the outdoor concerts at Interlochen Arts Academy and many other outdoor activities, such as snowshoeing, gardening, and kayaking. He looked forward to his yearly trips to Marco Island where he had a special poolside family of friends. Don dedicated much of his time to serving others. He was active in the Food Pantry at Saint Patrick’s Church and was a long-time blood donor recognized for his contribution of over 16 gallons of blood. He served as an active member for over 20 years in Alcoholics Anonymous and was a devoted sponsor and mentor. He looked forward to the annual Labor Day retreats. Don is affectionately remembered by his nieces and nephews for being “one of the tallest guys in the world” and for his impeccable sense of humor – always bringing joy to those around him. Don was preceded in death by his brother-in-law, Rick Steckley of Suttons Bay, MI. Don is survived by his parents, Donald and Joan E. Curran of Marco Island, FL and Traverse City, MI, and Jeanne Anne (Plamondon) Curran of Traverse City, MI; his four siblings, Joanmarie Curran of Seattle, WA, Jeanne (Tom) Wallace of Swartz Creek, MI, David (Karen) Curran of Newtown, CT, and Jill Steckley of Traverse City, MI; his nieces and nephews, Curran (Jordan Lock) Mor, Rachele (Daniel) Gartland, Evan Tuck, Jessica De Vivo, Joshua Curran, and Quinn Lock; and an extended, loving family and many special friends. A visitation for family and friends will be held on Sunday, March 13th at Reynolds-Jonkhoff Funeral Home in Traverse City, MI from 4pm-7pm. A memorial service will be held for Don at 11am on Monday, May 2nd at St. Patrick’s Catholic Church in Traverse City, MI. Kindly share thoughts and memories with Don’s family at www.reynolds-jonkhoff.com. The family is being cared for by the Reynolds-Jonkhoff Funeral Home. Memorial contributions may be directed to the Cherryland Humane Society, St. Patrick Catholic Church Food Pantry or Alcoholics Anonymous.

Donald Joseph Curran, 56, of Traverse City, Michigan, passed away unexpectedly on Thursday, March 3, 2016 at Munson Medical Center. Don was born on July 3, 1959 in Youngstown, OH and grew up in New Canaan, CT where he graduated from New... View Obituary & Service Information

The family of Donald Joseph Curran created this Life Tributes page to make it easy to share your memories.