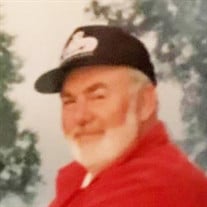 Donald Francis Kleinrichert, 84 of Traverse City (formerly Ft. Wayne, IN), went to the Lord January 29, 2021. He was born in Ft. Wayne March 4, 1936, son to Paul F. and Marie L (Kappel) Kleinrichert. Donald went to school in Ft. Wayne, following which he joined the US Navy in 1954. He proudly served aboard the USS Lake Champlain aircraft carrier for 4 years. After his service he was employed by several restaurants and owned a business called the Pickwick tavern. He then entered a partnership with his brothers Joe and Ken. At that point Don relocated to Traverse City (1979). Don loved to hunt, fish and spend time outdoors. Don, Joe and Ken started the La Senorita Restaurant, which eventually grew into several locations throughout Michigan. Don was instrumental in creating many great dishes for the restaurants. Don retired in 1999 from the restaurant business but remained business partners with Ken. The two brothers were involved in real estate investment and commercial properties. Don leaves behind his brothers Jerry, Jim (Maryann) and Ken (Patricia); sisters Teresa, Rose, Cecilia and Angie; lots of nieces and nephews and great-nieces and nephews. He joins in heaven his parents; brother Joe and sister Paula. A memorial Mass will take place Saturday, June 19, 11AM, at St. Francis of Assisi Catholic Church. Don will be laid to rest next to his parents in The Divine Mercy Cemetery, Ft. Wayne, Indiana. Memorial Contributions may be directed to St. Francis of Assisi Catholic Church of Traverse City, MI or to the Parkinson’s Foundation. Don’s family wishes to thank Caitlyn, Rita, Allison, niece Gina, CEO Rose (Don’s sister), Barb, Laura and Kara for their loving touch caring for Don. Reynolds-Jonkhoff Funeral Home is caring for Don and his family, www.reynolds-jonkhoff.com

The family of Donald Francis Kleinrichert created this Life Tributes page to make it easy to share your memories.