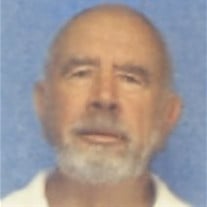 Edward Arthur Weede Edward (Bud) Arthur Weede, 87, of Traverse City, died at home on June 19, 2014. He was born in Newberry, Michigan on November 7, 1926, the second son of William Walter Weede and Toinie (Altonen) Weede. Edward Weede was recognized as graduating from Traverse City Central High School in 1945 but was given permission to join the Marines in 1944, and served in the Pacific war zone (Guam, Okinawa, and China). After receiving a medical discharge, he attended Central Michigan University on the G.I. Bill and graduated in 1950. He taught and coached in Mt. Pleasant and in Niles, Michigan for thirty-six years, and had a successful career in both football and wrestling. He enjoyed the company of family and friends, former wrestlers and football players, as well as numerous nieces and nephews, many grandchildren, great grandchildren and one great great grandson. He was a Life Member of the Elks Lodge 323, Disabled American Veterans, Michigan Sports Sages, and the American Legion. He was a member of the Elk Rapids Presbyterian Church and a long time volunteer at Munson Medical Center. Bud loved to hunt, fish and watch football games. Bud Weede loved life and lived each day on West Bay to the fullest. He was a good man. He was loved. He will be missed. Bud is preceded in death by his parents, his wife of 47 years Jeanne (Baum) Weede and son Patrick Weede of Gillette, Wyoming. Bud is survived by his loving wife Jacqueline Tompkins-Weede of Traverse City, son Michael Weede of Beaver Island, daughters Chris Pola of Oregon City, Oregon and Jayme(Carlos) Salinas of Kalamazoo, Michigan, stepsons Jeffrey (Linda) Tompkins of Portage, Michigan, Dennis(Maureen) Tompkins of Bear Lake, Michigan and Steven (Susan) Tompkins of Traverse City as well as brothers William Weede of Hanford, California and Thomas Weede of Roscommon, Michigan His request for cremation and private interment will be honored, and according to his wishes, there will be no funeral or visitation. A daytime wake on West Grand Traverse Bay in September will celebrate his life. Details later. In lieu of flowers , honor Bud's memory by helping the Wounded Warriors Project. Please visit www.reynolds-jonkhoff.com to share your memories of Bud. The Weede family is being served by the Reynolds-Jonkhoff Funeral Home and Cremation services.

The family of Edward (Bud) Arthur Weede created this Life Tributes page to make it easy to share your memories.