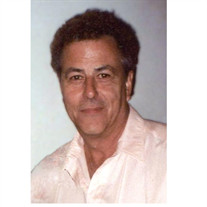 Traverse City – Edward K. Geiger, age 75, passed away Wednesday, March 14, 2018, at the Medilodge Assisted Living Facility in Traverse City surrounded by his loving family. Ed was born in Kingsley, MI to Kenneth and Viola (Taylor) Geiger on July 23, 1942. At the age of three, the family moved to Traverse City, where Ed graduated from Traverse City Central High School in 1960. After graduation he enlisted in the United States Air Force, serving four years in Germany and was honorably discharged in 1964. After his military service, Ed met his lifelong sweetheart, Mary (Cox) Geiger. They were married on May 8, 1965, in Traverse City. Ed worked as a machinist at Tool North and retired in 2009 after 30 years. Ed’s passion was working on his Christmas display, starting in October, adding to it year after year. He would cover the entire house and yard in his display, including a temporary fence. Ed’s other hobbies included watching and attending Nascar races, horses, hunting, bass fishing, boating and golfing. Ed and Mary enjoyed dancing until dementia took over. More than anything Ed enjoyed life with friends and family. He was very proud of being a veteran and a member of American Legion Post 120 in Peshawbestown. Ed is survived by his wife, Mary; children Kathy Worden (fiancé Carl Wabanimkee), son Kevin, wife (Christy), all of Traverse City; grandchildren, Katie (currently attending MSU), Karter and Jax Geiger of Traverse City; sister Mary Lu (George) Maroney of Roscommon; and fur grandbabies; Bella Worden and Rico and Fergie Geiger. He is also survived by many aunts, uncles, nieces and nephews. Ed was preceded in death by his parents and his brother, Donald. A celebration of Ed’s life will take place in spring 2018. A graveside service will occur at Grand Traverse Memorial Gardens on Saturday May 19, 2018 at 10:00 am where Pastor Sam McClellan will officiate.

The family of Edward Geiger created this Life Tributes page to make it easy to share your memories.