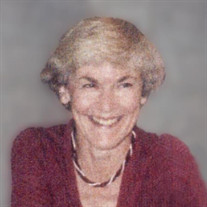 Evelyn”Evie” I. Peters (Emery), 86, of Williamsburg and Boardman Lake Glens took the hand of God to be escorted to a joyous reunion with her husband “Pete” on December 16th, 2020. Also attending Evie’s heavenly reunion were Evie’s parents Harold and Ruth Emery, Sister Lolamae Wieber as well numerous family members and friends. Pete & Evie welcomed numerous strays into their home and hearts over the years- we’re confident Mom was welcomed by much tail-wagging and purring by those four-legged family members who had previously crossed the Rainbow Bridge. Evie was born on August 19th 1934 in Fowlerville, MI, grew up in St. Johns on the family farm where she developed a life-long love of animals especially horses, dogs, cats and attended St. Johns High School. Evie met Pete at the Traverse City Airport while both worked for Capital Airlines. They were married February 4th 1961 in Minneapolis. The birth of their son, Matthew occurred while Pete was stationed in the Army at Fort Hood TX. After Pete’s discharge from Active Duty they moved back to Traverse City where they enjoyed their lives together raising Matthew, traveling extensively and spending time with friends. In addition to travel this “very sweet lady” as described by all enjoyed reading murder mystery novels (especially local authors), Cross-Country skiing, researching family history, supporting their church and making new acquaintances. Evie was known for the beautiful sweaters she hand-knit/hand-crocheted. In 1985 Pete and Evie built their dream home in the woods enjoying the serenity and wildlife. Celebrating Evie’s heavenly reunion are son Matthew and his wife Tammy of Rockford, MI and Grandson Andrew. Nieces and Nephews who remained involved in Evie’s life include Duane & Brenda Wieber, Ray & Allane Wieber, Donna Fruchey and Steve, Mitch & Cindy Peters and Melisa Felten. Nephews Steve and Ricky Heathman, Mark, Doug and Chris Peters and Niece Michelle (Heathman) live with their families in the Central US . During Evie’s last earthly moments she was comforted with cuddles and purrs from their very round and fluffy feline Misty. Matt and Tammy wish to thank Mom & Dad’s special friends who shared much love and many adventures with Pete & Evie including Ann, Grace, Tom, Pat, Joyce and Marci. In Mom & Dad’s later years visitors from Commission on Aging and Meals on Wheels became fast-friends. They would also like to recognize the special care provided by Munson Hospice as well as former staff-members Kristi and Wendy and current aid Morgan from Boardman Lake Glens. The incredible compassion expressed by Erin can never be repaid. A celebration of Evie’s life will occur when friends and family can gather comfortably and safely. The family would suggest that Evie be remembered through memorial contributions to Williamsburg United Methodist Church , Munson Hospice, The Salvation Army or The Cherryland Humane Society.

The family of Evelyn Ilene Peters created this Life Tributes page to make it easy to share your memories.

Evelyn”Evie” I. Peters (Emery), 86, of Williamsburg and Boardman...