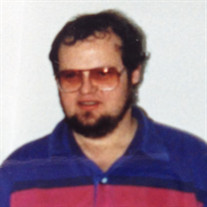 Francis "Bud" Redding, Sr., 62, of Traverse City, died peacefully at home surrounded by family on Thursday, July 23, 2015. Bud had battled Congestive Heart Disease & related complications since he was first diagnosed in 2001. He was born August 2, 1952 in Birmingham, AL to Delmar Hale and Phyllis (Terry) Thomas. He was preceded in death by both parents and his adoptive father Thomas Redding of Traverse City. Bud graduated Benzie Central HS in June 1970. Later that month he married his high school sweetheart, Sharon (Carmien) Redding whom he cherished for another 45 years. Bud's education also included State of Michigan licenses: Master Electrician, Electrical Contractor and Builder. For 20 years he owned First Quality Electric and he was Co-Founder of NW Michigan Electrical Contractors Assoc. He was a passionate man who brought that gift to every challenge life offered. Bud was a Charter Member of Feast of Victory Lutheran Church in Acme, MI. He was extremely active in the church including the resettlement of refugee family from Laos. He was a member of the Bethlehem Lutheran Church. After retirement he was free to pursue his favorite pastimes; spending time with his loving wife and two sons as well as teaching and playing golf. Bud is survived by his wife Sharon and sons Francis, Jr. & Brock both of Traverse City. He is also survived by his siblings; Debra (Jim) Hymbaugh of Creston Iowa, Thomas (Denise) Redding of Creston Iowa and JoAnne (John) Courtade of Onalaska, Wisconsin; sisters-in-law Carolyn (Mike) Thayer of Traverse City and Nancy (Jack) Challender of Otsego MI. & many nieces, nephews & friends. In addition to his parents Bud was preceded in death by his paternal and maternal grandmothers who helped raise him and his mother-in-law Irene Carmien & brother-in-law Jim Carmien both to whom he was very close. Friends are welcome to visit with Bud's family on Wednesday, July 29, 2015 from 6:00 to 7:30 p.m. at the Reynolds-Jonkhoff Funeral Home, 305 Sixth St., Traverse City, MI 49684. A memorial service honoring Bud will take place at 11:00 a.m. on Thursday, July 30, 2015 at Bethlehem Lutheran Church, 1050 Peninsula Dr., Traverse City, MI 49686, with visiting one hour prior. Rev. Paul Busekist will officiate. In lieu of flowers those planning an expression of sympathy may wish to consider a memorial donation to the American Heart Association. Please feel free to share your thoughts and memories with Bud’s family at www.reynolds-jonkhoff.com. The family is being cared for by the Reynolds-Jonkhoff Funeral Home and Cremation Services.

The family of Francis "Bud" Redding Sr. created this Life Tributes page to make it easy to share your memories.