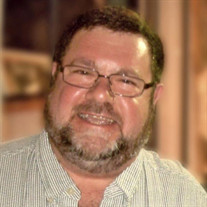 Franklin (Frank)T. Barski, Traverse City, Mich., passed away unexpectedly on June 16, 2019, with his wife by his side. Frank was born in Danville, on Oct. 5, 1956. He was the only child of Frank Barski and Viola (Zampino) Barski (both deceased). He graduated from Berwick High School and proceeded to study for his real estate license. During this time he held two retail positions as well. Time passed and a new agent joined the real estate office. Frank and his business partner’s office was located adjacent to the office coffee machine. The new agent dutifully placed her money in the coffee fund only to find out that Frank and his business partner would empty the fund and go out to lunch. This led to a 40 plus years love affair with his best friend, Deborah (Deb) Nichols, who eventually became his wife and started an adventure full of love, humor, and laughter. Frank held many positions over his lifetime. When Frank and Deb moved to Florida, Frank became the food and beverage manager for a private resort, eventually moving on to become the Sales Director for a major resort/convention center on the west coast of Florida. After 10 years they returned to Pa. where Frank was the Director of Sales for one of Northeast Pa. largest convention/hotel centers. In 2001, Frank and Deb decided to move to Traverse City to help care for Deb’s father. Upon moving to Traverse City, Frank worked in retail and eventually joined the Bill Marsh Auto Group where he worked for the last 17 years. He was a hard worker and easily make friends with his co-workers. He was the master of the one-liner and had an extremely quick wit. Frank and Deb enjoyed traveling and sampling new foods from whatever area they were visiting. He enjoyed cooking, especially creating unusual combinations; not all were successful. Frank is survived by his wife, Deb, step-mother, Julie Barski, step-sister Nikki Talanca, both of Berwick, sister-in-law, Sharon Rainey, of Traverse City; nephew,Christopher Rainey, of Ann Arbor; niece, Jodie (Kevin) Tasch, of Traverse City; and very special great-nephews, Tyler and Brody Tasch; feline companion, Bentley; and numerous cousins. He was preceded in death by his parents, several aunts and uncles, and cats, Buckwheat and Angel. He will be greatly missed by friends and co-workers, many who have been friends for over 40 years. Arrangements are pending and will be announced at a later date. Those wishing to make a memorial contribution may do so to the Cherryland SPCA, 1750 Ahlberg Rd., Traverse City, MI 49696. Or better yet, consider adopting one of their special four-legged friends. The family is being served by the Reynolds-Jonkhoff Funeral Home and Cremation Services.

Franklin (Frank)T. Barski, Traverse City, Mich., passed away unexpectedly on June 16, 2019, with his wife by his side. Frank was born in Danville, on Oct. 5, 1956. He was the only child of Frank Barski and Viola (Zampino) Barski (both deceased).... View Obituary & Service Information

The family of Frank T. Barski created this Life Tributes page to make it easy to share your memories.