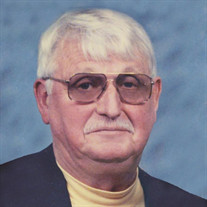 F. William (Bill) Feldt, age 83, of Traverse City peacefully passed away Saturday, October 24, 2020 at Medilodge in Traverse City. Bill was born and raised in Saginaw, MI and was a 1955 graduate of Arthur Hill High School where he excelled in football, basketball, and golf. He went on to further his education and earned a bachelor’s degree in Business Administration from Miami University, Oxford, OH in 1959 and was a member of the Sigma Nu fraternity. Following graduation, Bill started his career at General Motors in Saginaw and retired in 1992 from Delco Moraine. Bill married his high school sweetheart and the love of his life, Janice C. Wallgren on June 21, 1958. They were blessed to be together for over 72 years and celebrated 62 years of marriage. Bill and Jan’s dream to make Traverse City their retirement home became a reality in 2001. Bill was a devoted family man and sports enthusiast. He enjoyed attending his children’s and grandchildren’s school and sport activities. He was very proud of his family’s athletic involvement and would drive many miles to watch a game whether it was baseball, basketball, football, softball, soccer, or volleyball. Bill enjoyed bowling and playing golf. He was a member of the Bridgeport and Germania County Clubs and bowled in several leagues. Bill also enjoyed reading, listening to jazz music, and playing bridge with friends. Bill’s true passion when it came to sports was watching the University of Michigan football games, especially when his all-time favorite coach Bo Schembechler was at the helm. He had season tickets for 20 years and was fortunate to attend two Rose Bowl games to cheer on his Wolverines. Bill is survived by his beloved wife, Jan Feldt, children: Steve (Cindi) Feldt, Jeff (Maureen) Feldt, Kathy (Lee) Enbody, and Jane Keller. Eleven grandchildren survive: Ryan (Sarah) Feldt, Kendra (Michael) Mulligan, Alysia Feldt, Megan Feldt, Matt Mickey, Chris Mickey, Brad (Annie) Keller, Nick (fiancée Kate Murdock) Keller, Ben Enbody, Elizabeth Glaser, and Ray (Jaclyn) Enbody; and eight great-grandchildren with one on the way. He is also survived by his sister and brother-in-law Gretchen and Jim Schneider along with four nieces and nephews. He was preceded in death by his parents, Frederick W. and Kathryn (Wood) Feldt, in-laws, Raymond and Aldora (Dolfi) Wallgren, and sister and brother-in-law, Carol and Harv Davis and long-time special friends Mel and Ginny Sternhagen. Special thanks to the Medilodge staff for their kind and compassionate care, Ray Alvarez his caregiver of Rays Health Services and a loyal U of M fan, and the entire Munson Hospice staff. Honoring Bill’s wishes cremation has taken place and a private celebration of life will be held at a later date. Memorials can be made to Interlochen Public Radio or Munson Hospice. Go Blue!

F. William (Bill) Feldt, age 83, of Traverse City peacefully passed away Saturday, October 24, 2020 at Medilodge in Traverse City. Bill was born and raised in Saginaw, MI and was a 1955 graduate of Arthur Hill High School where he excelled... View Obituary & Service Information

The family of Frederick "Bill" Feldt created this Life Tributes page to make it easy to share your memories.