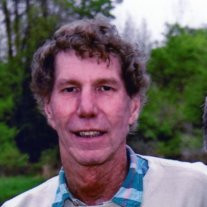 Fritz Joseph Fochtman, 54 of Suttons Bay, passed away Friday, June 14, 2013 at Munson Medical Center. Fritz was born on July 27, 1958 in Traverse City, the fourth son of his mother, Charlotte and father Vincent Fochtman. He remained a resident of Northern Michigan his entire life, an area he loved dearly. Fritz graduated from Traverse City St. Francis High School in the Class of 1977. After graduation he then entered into the family business, Fochtman Motor Co. He worked his way up to the parts counter where he soon became one of the best auto parts counterman in Northern Michigan. After the business was sold, he worked for Bramer Auto Supply (NAPA), Carquest, and Harrand Auto Supply. In the auto parts industry he was always willing to help a customer or a family member if they needed assistance. Fritz enjoyed snow skiing, tennis, and liked to follow the high school, college and professional sports teams, especially football. Family was most important to Fritz. He loved getting together for family functions and spending time with them. He enjoyed hunting, flowers, animals, and especially dogs held a special place in his heart. Fritz was a wonderful son, brother, companion and friend. He will be deeply missed by all who knew him. Fritz is survived by his mother and father, Vincent A. and Charlotte Fochtman of Traverse City and Ft. Myers, Fl., brothers, Vincent E. (Carolyn) Fochtman of Traverse City, Donald (Kay) Fochtman of Grand Blanc, John (Theresa) Fochtman of Suttons Bay, and Daniel (Karin) Fochtman of Petoskey, his loving companion Jana Kiessel of Suttons Bay, step-son, Army Airborne Specialist Nathan Kiessel and many nieces, nephews and cousins. Visitation for Fritz will take place on Monday, June 17, 2013 from 4-8pm at the Reynolds-Jonkhoff Funeral Home. A Memorial Service will be held for Fritz on Tuesday, June 18 at 11am at Immaculate Conception Catholic Church with a visitation held one hour prior. Memorial contributions may be directed to the Mid-Michigan Pug Club or Munson Health Care Regional Foundation.

The family of Fritz Joseph Fochtman created this Life Tributes page to make it easy to share your memories.