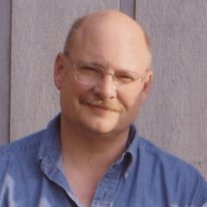 TRAVERSE CITY – Gary L Mason, 62, of Traverse City passed away peacefully on Wednesday, October 9, 2013 at Munson Hospice. Gary was born on March 23, 1951 in Traverse City to Daniel and Jennie (De Moulpied) Mason. Gary was married to Donna M. Walters on January 9, 1971 in Traverse City. She survives him. Gary proudly served his country in the U.S. Navy during the Vietnam War. He was an Electricians Mate 1st Class Petty Officer aboard the nuclear submarine the USS SEAWOLF. Gary had been employed by Tool North for over 22 years. Gary was a Master Electrician, he loved to bake and cook. Some of his other interests included woodworking and riding his motorcycle. Surviving are his wife, Donna, his mother, Jennie Mason, two daughters and a son; Jennifer (Mike) Lawson, Amanda (Chad) Stanley and Kyle (fiancée Jen) Mason; six grandchildren; Kimberly, Jacob, Cassidy, Trystian, Haley and Hannah, a brother, Brent Mason. Also surviving are nieces, nephews and cousins. Gary was preceded in death by his father, Daniel Mason. A Celebration of Gary’s life will be held on Sunday, October 20, 2013 from 1:00 to 5:00 p.m. at the Harbor Ridge Apartment’s Clubhouse, 3686 Matador W., Traverse City. Those planning an expression of sympathy may consider memorial donations to the Amyloidosis Foundation or Munson Hospice House. Please feel free to share your thoughts and memories with Gary’s family at www.reynolds-jonkhoff.com. The family is being served by Reynolds-Jonkhoff Funeral Home and Cremation Services.

The family of Gary L. Mason created this Life Tributes page to make it easy to share your memories.