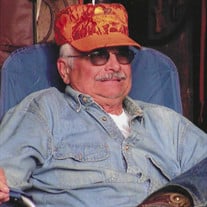 George Floyd Ammann, 82, of Traverse City passed away on December 25, 2021, after a 2 year battle with cancer. He was born in Graceville, Minnesota on November 5, 1939, to Floyd and Pearl Ammann of Wilmot, South Dakota. He attended school in Wilmot, earning the honor of FFA (Future Farmers of America) State Farmer in 1957 in high school. While growing up on the farm, he loved hunting ducks on Bullhead Lake with his brother Butch. (That's back when Bullhead still had good habitat for hunting ducks over decoys.) After graduating from WHS, he attended South Dakota State University for 4 years, graduating in 1963 with a BS in Agronomy/Botany. While in college he spent the summer in Idaho with the US Forestry Service (Blister Rust Program) and did get to fight a forest fire. George accepted a position as County Weed Supervisor in Fall River County/Hot Springs, SD which lasted until the National Guard unit from Milbank, SD – the 740th Transportation unit – was called to active duty during the JFK Berlin Crisis, serving as ground transportation at Fort Carson, Colorado for 10 months. Upon being de-activated in August 1962, he took a job with the USDA as a fruit & vegetable inspector which lasted 35 years. He accepted assignments in 10 different locations in the US before settling permanently in Traverse City, MI in 1968. George retired in 1995, spending summers on the farm in Wilmot helping the Remund Brothers in cattle work in spring and fall, being the gofer at times. He was a private pilot and amateur radio operator. George raced snowmobiles professionally from 1968 until 1972, racing in Michigan, Wisconsin, and Canada. He was the Grand Traverse Homemaker of the year for his canning and baking exhibits. He was deeply involved with the Boy Scouts of America for 12 years while his sons were involved with the organization – three of the boys are Eagle Scouts and Vigil Honor in the Order of the Arrow. They traveled to the National Jamborees in Ft. Lee, VA and O/A National Conference. One attended the World Jamboree in the Netherlands and studied in Russia with fellow engineers from Michigan State. George was Scenic Trails Council Camping Chairman. He helped build up Camp Greilick where he earned the name of 'Chainsaw George' when – while sawing trees – one fell on his Jeep. He loved traveling, especially visiting the Rockies and Alaska, which was his favorite. George loved his home .on Arbutus Lake. He was preceded in death by his parents Floyd and Pearl Ammann, niece Lori, and uncles Alroy and Milton Ammann. George is survived by his wife of 49 years, Nancy, and their children and grandchildren: Scott and Chris DeJong, Alex and Nick of Suttons Bay, Michigan; Jarrod and Connie Ammann, Isaac and Aaron of Hampstead, North Carolina; Mitchell and Samantha Ammann of Anchorage, Alaska; Nathan Ammann of Farmington Hills, Michigan; and his brother Gerald and Dorene Ammann and niece Jill of Ephrata, Washington. The family would like to thank the staff at the Cowell Family Cancer Center, Munson Hospital, and Munson Hospice for their loving care of George during his treatments and final days. Cremation has taken place. Private family services and burial will be held in the summer of 2022 in Wilmot, South Dakota. The family is being cared for by the Reynolds-Jonkhoff Funeral Home www.reynolds-jonkhoff.com.

George Floyd Ammann, 82, of Traverse City passed away on December 25, 2021, after a 2 year battle with cancer. He was born in Graceville, Minnesota on November 5, 1939, to Floyd and Pearl Ammann of Wilmot, South Dakota. He attended school in... View Obituary & Service Information

The family of George Floyd Ammann created this Life Tributes page to make it easy to share your memories.

George Floyd Ammann, 82, of Traverse City passed away on December...