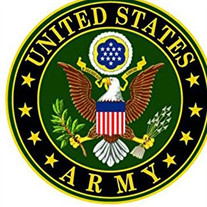 George Hardy Rudd, MD, FACS, 83, of Empire and formally of Irving, Texas passed away Monday October 7, 2019 at his home in Empire. Hardy was born March 12,1936 to the late George Henry and Ola Ruth (Hardy) Rudd in Marshall, Texas. Hardy, as most people would know him, attended school in Marshall, Texas and completed undergraduate schooling at Baylor University in Waco, Texas in 1959. He graduated from the University of Texas Southwestern Medical School Dallas, Texas in 1962. Upon graduation he began a General Practice in Lufkin, TX. During this time he also opened Gramp's Sausage Factory with two other doctors. In 1968, he went back to school and completed a four year residency in General Surgery at the Veteran's Administration Hospital in Dallas. After completing a rigorous specialty examination he then earned his Fellow of the American College of Surgeons (FACS). The majority of his surgical practice was spent with The Medical and Surgical Clinic of Irving. During his medical career he enlisted with the Texas Army National Guard & United States Army Reserve, serving a total of 21 years, in the ranks of General Medical Officer, Surgeon, Company Commander, Battalion Commander, Brigade Surgeon, and Division Surgeon. He retired with the rank of Colonel. He was a man of great faith and a gifted story and joke teller, who enjoyed the outdoors, including camping, skiing and mountain climbing-reaching the top of Long's Peak numerous times. He was an avid reader who appreciated the study of Religions, Mathematics, Science and History, with special interest in the Civil War. He loved to develop new cooking and smoking recipes, to carve walking canes, to paint landscapes and to spend time with his beloved canine friend, Zaxby. He volunteered his medical skills and shared his faith in distant lands as far as Morocco and Egypt. He had a daily appreciation of simple joys and encouraged others to do the same. He is survived by his wife Constance Rudd of Empire and their four children, Georgia Rudd (Dallas, TX), John Rudd (Grand Prairie, TX), Ryan (Linda) Beukema (North Richland Hills, TX), Michael (Sara) Beukema; and two grandchildren Madeline and Greyson Beukema (Richardson, TX). A memorial service will be held at Reynolds-Jonkhoff Funeral Home, 305 Sixth Street Traverse City, MI 49684 on Saturday November 2, 2019 at 11:00 AM. In lieu of flowers, memorial contributions may be directed to ST. Philip Neri Church, 11411 S. Lacore Road, Empire, MI 49630. The family is being served by Reynolds-Jonkhoff Funeral Home & Cremation Services.

The family of George "Hardy" Rudd MD created this Life Tributes page to make it easy to share your memories.