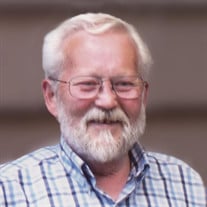 George Phillip Long passed away Tuesday, June 23, 2020 surrounded by his family. George was born October 22, 1941 in Frankfort, MI to D. Edward and Harriet (Derby) Long. He attended school in Manistee and Traverse City, graduating from Traverse City High School in 1960. Upon graduation he enlisted in the United States Navy, serving for four years. On June 30, 1972 he married Carol Lynn Baker. Together they raised a family which includes six children. In addition to his wife, he is survived by his children Yvonne (Timothy) Tilley, Wendy (Tom) Sauerman, Mike (Laura) Reed, Collin M. (Deborah) Reed, J.R. (Theresa) Reed, and Stefanie E. (Dan) Kochis; his grandchildren Timothy (Katherine) Tilley, Michael (Allison) Tilley, Brandon Stowe, Patrick Stowe, Tristan Sauerman, Christopher (Lauren) Reed, Melanie Reed, Mischalean (Liana) Treviño, Colleen (Ray) Freund, Micah Reed, Matthew Reed, McKenzie Reed, Courtney Reed, Brianna (Michael) Nation, Allyssa Reed, Jacob Reed, Jaxon Reed, and Tad Kochis; and great-grandchildren Lilly, Timothy, Atticus, Kenneth, and Kingston. He is also survived by his younger sister Linda (Ron) Schneider and brother Keith (Marge) Long. He was preceded in death by his parents. After retiring from Bergen Brunswick Corp., he loved spending time assisting anyone who needed help that his carpentry skills could provide. He loved being outdoors and was an avid hunter and fisherman, which he shared with longtime friends Craig Carlson, Gary Rokos, and his nephew Dan. He will be remembered by his family and friends for his kindness and faithfulness, for many of whom the evidence of his handiwork fills their homes. The family would like to express their heartfelt appreciation for Angie and Pat from the Munson Hospice team for their help in making his last days so full, and to Dr. John Stanifer for his kind support throughout George's illness. In lieu of flowers, the family would like to encourage donations to H.A.N.D.D.S. to the Rescue (Animal Rescue and Pet Adoption Service) in honor of the pets that he adored, his dog, Lina, and cat, Amelia. Services to celebrate George's life will be held at Grawn United Methodist Church on Wednesday, July 8, 2020 at 2 p.m., with visitation one-hour prior. Pastor Sean Barton will preside. Please observe current guidelines for the health and safety of everyone. George will be laid to rest at Oakwood City Cemetery, Traverse City at 2 p.m. on Saturday, July 11, 2020, where he will receive military honors. George and his family are in the care of the Reynolds-Jonkhoff Funeral Home and Cremation Services.

The family of George Phillip Long created this Life Tributes page to make it easy to share your memories.