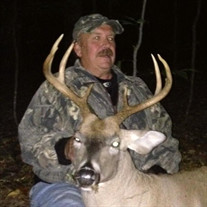 Gilbert “Greg” Gregory Warnes, 63, of Glen Arbor passed away at home surrounded by his loved ones on October 4, 2020. Greg was born on April 7, 1957 in Traverse City, the ninth of 12 children, to the late Gilbert John and Elsie (Petroskey) Warnes. He graduated from Glen Lake Schools in 1975. Because Greg had a cool black car he met and married the love of his life Deborah Ann McNeil on November 11, 1979. Together they raised two awesome sons, Curtis and Eric, who inherited Greg’s artistic and mechanical talents. After attending Ferris State University, Greg worked for Glen Lake Schools for 40 years in several areas, finishing his career as the Transportation Supervisor. A devoted employee, he will be greatly missed. Following in his grandparents’ and parents’ footsteps, he owned and operated Warnes Grocery for 10 years. Greg was civic-minded, becoming a firefighter and Assistant Fire Chief of the Glen Arbor Volunteer Fire Department, as well as a volunteer EMT. He was a longtime member of the Empire Lions Club. A master craftsman in woodworking, Greg enjoyed creating gifts for family and friends including beautiful cribbage boards, wine racks, and horse racing games. In his spare time Greg coached “Jay’s Softball Team”, and was Captain of the Yellow Submarine. His hobbies included hunting, collecting treasures, and taking trips to the U.P. with his Buddies. But Greg’s true passions were ice fishing from sunrise to sunset on Glen Lake. This is where he seasoned many a rookie, hosting perch fries, or entertaining and grilling for his friends and family on the Yellow Submarine and where many of his lifelong friends were made. Greg is survived by his wife of almost 41 years, Deb; sons Curtis (Jamie) Warnes, Eric (Carrie Brown) Warnes; grandchildren Stella, Kyle, Montgomery, Roslyn, and Elsie; 11 siblings, his beloved dog Sol; granddog Walter, and many other family members and friends. A celebration of Greg’s life will take place in the spring of 2021. If Greg raised a glass to you, he always said, “NaZdrowie!” (“Cheers!” in Polish). Please raise a glass to him. “NaZdrowie, Greg!” Memorials in Greg’s honor may be made to the Glen Lake Association or the charity of one’s choice. Kindly share thoughts and memories with Greg’s family at www.reynolds-jonkhoff.com.

The family of Gilbert "Greg" Gregory Warnes created this Life Tributes page to make it easy to share your memories.