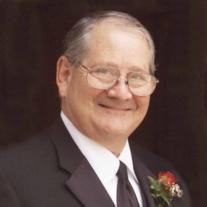 WILLIAMSBURG — Gordon Vail Brown, 69, of Williamsburg, passed away peacefully on Thursday, April 26, 2012, at his home surrounded by his loving family.Gordon was born on May 27, 1942, in Chicago, Ill., to the late Bradford and Caroline (Hoffmann) Brown. After Bradford's passing, Caroline married Lyle C. Witte, and they resided in St. Joseph. Gordon was a graduate of The Kiski School, in Saltsburg, Pa. Gordon married Susan Hanel, of East Lansing, on Dec. 23, 1967. Together they raised two children, Geoffrey and Erica.Gordon was a riding instructor for Stockbridge Farms in St. Joseph for a number of years. He then moved to East Lansing and worked 30 years as a feeder manager for United Parcel Service before retiring.While in East Lansing, he served as the president of the Meridian Lions Club and was an active member of Peoples Church, where he served as an Elder.After retirement, he moved to their summer home near Traverse City.He spent a great deal of time volunteering for local organizations, including work as a mentor for the United Way. His love of boating and the water led him to serve as a volunteer for the Inland Seas. He served on the board of the Grand Traverse Bay Watershed Center and the Grand Traverse Bay Underwater Preserve. He was a past Commander of the Grand Traverse Bay Sail and Power Squadron, active scuba diver and became a licensed boat captain.Throughout 2004 to 2006, Gordon achieved his dream of traveling the Great Loop with his wife aboard their trawler, "LoonASea". In more recent years, they boated extensively throughout the Great Lakes and the Intercostal Waterway on "LoonASea Too", meeting numerous friends along the way. His sense of humor and natural ease with people allowed him to inspire and influence many people throughout his lifetime.Surviving Gordon are his wife, Susan; and children, Geoffrey (Carol) Brown, of Traverse City, and Erica (Tim) Simons, of Canfield, Ohio. Also surviving are grandchildren, Colton, Joshua and Emily Brown, and Aidyn and Isaiah Simons; father, Lyle C. Witte, of St. Joseph; sister, Nancy Brown, of Woodstock, Conn.; father-in-law, Billy Hanel, of East Lansing; sisters-in-law, Patricia (Duane) LeRoy, of Lansing, and Nancy Elwood, of Okemos; and many nieces, nephews and cousins.Gordon was preceded in death by his parents and mother-in-law, Virginia Hanel.At Gordon's request, a celebration of life will take place in the near future. The family would like to thank the staff of Munson Medical Center 4C, Dr. Kohler's office and Hospice of Michigan.Memorial contributions may be directed to the Goodwill Inn, 2943 Keystone Road, Traverse City, MI 49686; or the Cherryland Humane Society, 1750 Ahlberg Road, Traverse City, MI 49686. Friends of Gordon are encouraged to sign the online guestbook at www.reynolds-jonkhoff.com. The family is being served by the Reynolds-Jonkhoff Funeral Home, Traverse City.

WILLIAMSBURG — Gordon Vail Brown, 69, of Williamsburg, passed away peacefully on Thursday, April 26, 2012, at his home surrounded by his loving family.Gordon was born on May 27, 1942, in Chicago, Ill., to the late Bradford and Caroline (Hoffmann)... View Obituary & Service Information

The family of Gordon Brown created this Life Tributes page to make it easy to share your memories.