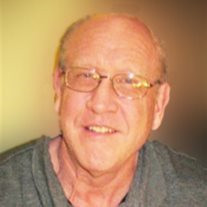 Traverse City - Dr. Greg Carl Kolle of Traverse City, died unexpectedly of natural causes at his home Tuesday morning, March 18, 2014. He was born in Detroit, Michigan, on January 25, 1952, to parents, Otto and Dolores (Kuschel) Kolle. He graduated from Thurston High School, Redford Township, in 1969 and in 1975 he graduated from the National College of Chiropractic in Lombard, Illinois. Greg married Donna Smith in 1977 in Aurora, Illinois. They moved to Traverse City, MI to open his Chiropractic office in 1979. Greg and Donna welcomed two sons, Bryant and Daniel, in 1983 and 1986. Greg retired from his practice in 1994. In 1996, he and Donna started a new business together: Total Merchant Services. Greg’s love of personal interaction provided a level of customer service not often seen in the business world. His penchant for talking to each person , either while practicing chiropractic or servicing our community’s financial processing needs, led people to remember him most by his stories. Greg laid claim to a myriad of different interests. His joy of sportsmanship in fishing and boating were sure to add extra energy to his step, especially when his sons were able to join him. There was no stopping his enthusiastic conversation concerning his love of classic cars or boats of any kind. Greg often dreamed of owning one while pouring over classic car / boating magazines, or talking to his sons Bryant and Daniel about them. Greg enjoyed tinkering with a vast array of projects, from woodworking, to yard work, to small engines. Greg was a supportive son who enjoyed spending time with his parents on Florida’s beaches during the harsh northern Michigan winters. The water was a place of serenity and peace for Greg as evidenced by the amount of times he and Donna traveled to the Empire beach to enjoy sunsets together. A huge blessing in his life was when he became a grandfather in 2012 with the birth of his granddaughter Gisella. He was proceeded in death by his father Otto Kolle in 2013 and is survived by his wife of almost 37 years, Donna, his sons Bryant (wife Renee) Kolle and their daughter Gisella, Daniel (wife Clara) Kolle, his mother Dolores Kolle, brothers Neil (Cheryl Howard) Kolle, and Ryan (wife Mary) Kolle, and several nieces and nephews. Per Greg’s wishes, cremation is planned with no funeral services to follow at this time. In lieu of flowers, memorial donations may be made to Gisella Kolle for her future scholarship fund. There is an account setup at Northwestern Bank in her name, or you can mail gifts made out to her directly to Northwestern Bank at 203 S Union Street, Traverse City, MI 49684 As a believer who has passed on, we rest in the knowledge that Greg is resting in the arms of our Eternal Savior and Creator, Jesus Christ, free of hurt, pain, or regrets. Arrangements for the family have been entrusted to Reynolds-Jonkhoff Funeral Home and Cremation Services.

The family of Dr. Greg C. Kolle created this Life Tributes page to make it easy to share your memories.