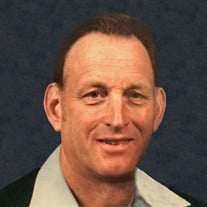 Henry Carl Huffman, 83, a native of Traverse City, passed away Sept. 17, 2019 at his home in Traverse City. Henry was born on October 3, 1935 in Traverse City, one of three sons born to Carl Henry and Rose Mary (Musil) Huffman. He attended the original Oak Park Elementary school, TC Junior High and graduated from the original Central High School in 1954. In school, he participated in 4-H woodworking and attended 4-H camp in Gaylord. Henry opened his own business, known as Huffman Standard Service at the corner of U. S. 31 and M 72 in Acme. He was proud that the original structure still stands there today. He was equally proud of the road in Acme that bears his name. Henry proudly served our country as a member of the U. S. Army and the U. S. Army Reserves. He served in Operation Desert Storm with the 182nd Transportation Unit. He was proud of his service to our country and for the opportunity to serve. He was a lifetime member of VFW Cherryland Post 2780, The American Legion Bowen Holliday Post #35 and was a lifetime member of the DAV. He loved working with wood and had worked for area licensed builders> He headed up the Maintenance Department at GTACS for many years. Henry loved fishing, trailer camping, hunting and any outdoors activities. He also was an avid Detroit Tigers Baseball Fan, enjoyed listening to country western music, working crossword puzzles, especially the daily JUMBLE puzzle, and playing cards. On October 14, 1975, he married the love of his life, Karen Sue (Krause) He was very proud of Karen, and she was always in his heart. Karen passed away in December of 2014, having shared her life with Henry for 39 years. Henry loved Karen very much and missed her dearly. Karen and Hank loved to go on trips, visiting Hawaii, Nova Scotia, and New England and made numerous trips to Frankenmuth and Nazareth, MI. He and Karen enjoyed watching, and never missed, a Detroit Tigers game. They thoroughly enjoyed their Bichons, Sarge, Heart and Minnie. Minnie was his most precious Bichon and his household companion. He enjoyed her and loved her. Henry is survived by his children, Eric (Jennifer) Huffman, Johnny (Shelley) Huffman, Loretta Ann (Shawn) Kidder, Carl (Akiko) Huffman; grandchildren: Nathan, Lucas, Elizabeth, Johnny, Sarah, Quenton, Drayton, Chelsea, Rosie, Richard, Kai, and Komaki and a great grandchild, Sidney, In addition to his wife Karen, Henry was preceded in death by his parents and by his brothers, Jerry and Richard. Visitation for Henry will take place Monday, Sept. 23, 2019 from 6 until 8 p.m. at the Reynolds-Jonkhoff Funeral Home. The Mass of Christian Burial for Henry will take place at St. Francis Catholic Church on 11 a.m. Tuesday, Sept. 24 with visitation one hour prior to the Mass. Burial will be in Grand Traverse Memorial Gardens with full military honors provided by the local Military Honor Guard. Memorial contributions may be directed to the Wounded Warrior Project, Leader Dogs for the Blind in Rochester, MI, and the Women's Resource Center. Henry wanted to make his appreciation known for the loving care of the entire staff of Grand Traverse Heart and Vascular, especially Dr. Brian Jaffe and Dr. Jack Raftery; Dr. Howard Beck and his staff at the Pain Clinic; and Dr. Stanley Smyka, DDS and his staff. Henry especially wanted to thank his special angel, Ann Tavis; and also Erin Luca, Lindsey Hawley, Joe Birdsey, Pat Navyac, Rick Scott and Jacie Forton for their friendship and for caring for him. "God bless each one of you for your friendship, love, kindness, caring and respect." His son, Eric was proud to fulfill his promise that he would allow for his Dad to remain home and be there with him through the end. He would like to personally thank Kitty Seekamp, Chip Redker and Nic Piechotte and the staff at Heartland Hospice for their loving care and support. "Remember me, I am going to be in Heaven with the Angels and hear them sing 'Coming Home', and to be with my Lord and Savior, Jesus." - Henry

Henry Carl Huffman, 83, a native of Traverse City, passed away Sept. 17, 2019 at his home in Traverse City. Henry was born on October 3, 1935 in Traverse City, one of three sons born to Carl Henry and Rose Mary (Musil) Huffman. He attended... View Obituary & Service Information

The family of Henry Carl Huffman created this Life Tributes page to make it easy to share your memories.

Henry Carl Huffman, 83, a native of Traverse City, passed away...