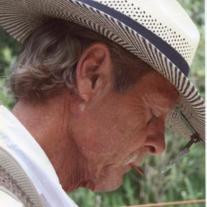 Traverse City - Jack Guy Erickson, 64, longtime resident of Traverse City passed away unexpectedly, Saturday, December 22, 2012 at his home. Jack was born on, November 1, 1948 to the late Gordon and Garnet (HiramTharp) Erickson in Traverse City, MI. He proudly served his country as a member of the United States Army during Vietnam. Jack could often be found spending time with family and friends. He enjoyed boating, fly-fishing and working on his family property. Jack was a member of the VFW, AML, and Elks Lodge Jack was a proud father and caring grandfather and loved every moment spent with his three granddaughters. Jack is survived by his family, one son, Justin (Tischa) Erickson of Flagstaff, AZ., two daughters; Jennifer (Jason Nickerson) Erickson of Kingsley, MI., and Ashlee (Adam MacConnel) Erickson of Traverse City, MI., three granddaughters, Delainey, Lauren and Sofia, one brother, Thomas Tharp, and one sister, Sally Craig, as well as many other loving family members and friends. Jack was preceded in death by his parents and grandparents Guy & Edith Fuller, best friend Michael Hager. A memorial gathering will take place from 1 to 4 with military honors at 2 on Saturday, December 29, 2012 at the American Military League. Memorial contributions may be directed to a fund set up for Jack’s granddaughters

The family of Jack Erickson created this Life Tributes page to make it easy to share your memories.