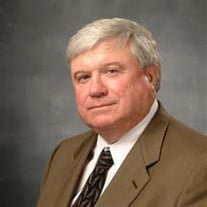 James M. Johnson, M.D., born November 19, 1940, passed away suddenly at home in Traverse City from natural causes this past weekend on November 21, 2015. He is survived by his sister, Frances, his three children, Kristin, Jennifer, and Adam, and his two grandsons, Harry and Cooper. Jim, as he was known, was born and raised in the small coal mining town of Lynch in southeastern Kentucky. His father, who worked for U.S. Steel and was the superintendent of the mine, taught Jim the importance of hard work at an early age. Jim’s newspaper delivery efforts earned him a bus trip to Washington, D.C., as a teenager. In Lynch, he first discovered the magic of golf at the municipal course. After high school, he moved to Cincinnati, Ohio, to attend Xavier University, where he met his former wife, Jane, and married her in 1966. Together, they had three children. Jim was passionate about learning and education, earning a degree in chemistry from Xavier University, as well as a master’s degree in chemistry, a medical degree, and a Ph.D. in pharmacology from the University of Michigan in Ann Arbor. He moved to Northern Michigan in 1972 to practice emergency medicine, loving the beauty of the area and the golf, skiing, and other recreational activities the area has to offer. That same year, he moved to Traverse City and started Emergency Consultants, Inc. (ECI), an emergency department management company, with his business partner, Robert M. Williams, M.D. Jim and Dr. Williams were two of the original emergency physicians in the country. ECI grew from providing management services to a small regional cluster of hospitals to dozens nationwide. He loved being a part of the company’s growth and innovation, considering those with whom he worked to be family. Jim retired in 2006 and spent much of his time since golfing or out on the open roads exploring America. He last visited national parks throughout Utah and Wyoming. Still, he always enjoyed returning to Traverse City, his chosen home. Jim had a very generous spirit and enjoyed throwing festive gatherings for family and friends. He was a skilled storyteller and entertaining public speaker with an encyclopedic collection of jokes and endless toasts. He had the ability to make people feel valued and special. Throughout his life, golf was one of his greatest joys. He spent countless hours honing his game, winning many local golf tournaments along the way. He also loved books and movies of all types, and fast boats, cruising around the bay with the wind in his hair. Jim was a dynamic and eclectic person who will be remembered fondly by those who knew him. We will carry his memory in our hearts. Dad, we love you. A gathering to celebrate his life will take place on Saturday, June 4, 2016 from 1pm until 5pm with a Memorial Service beginning at 2pm at the Grand Traverse Resort and Spa. Donations in Jim’s memory may be made to the Evans Scholar Foundation, One Briar Road, Golf, IL 60029. The Evans Scholar Foundation awards full tuition and housing college scholarships to deserving golf caddies from modest means. Kindly share thoughts and memories with Jim’s family at www.reynolds-jonkhoff.com. The family is being served by the Reynolds-Jonkhoff Funeral Home.

James M. Johnson, M.D., born November 19, 1940, passed away suddenly at home in Traverse City from natural causes this past weekend on November 21, 2015. He is survived by his sister, Frances, his three children, Kristin, Jennifer, and Adam,... View Obituary & Service Information

The family of James M. Johnson M.D. created this Life Tributes page to make it easy to share your memories.