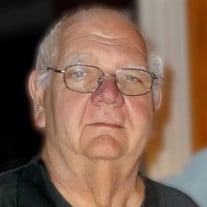 James David Reed, 73, of Traverse City, MI and formerly of Swanton, OH and Bowling Green, OH, died Tuesday, February 17, 2015 in Traverse City. After a two year struggle to recover from Guillain-Barre Syndrome, David passed away unexpectedly on Tuesday morning. David was born on September 7, 1941 to the late Lloyd and Daisy (Moody) Reed in Ferndale. His family moved to Paducah, KY when he was a child. David graduated from Paducah High School. He continued his education earning his Bachelor Degree from Auburn University and his PhD in Economics from Kansas State University . He taught Economics at Bowling Green State University in Ohio for 37 years and served as Department Chair for eight years. During his 37 year tenure at Bowling Green State University, he traveled overseas where he helped to establish the environmental economic policy in Estonia. After retiring to Traverse City eight years ago, he continued to teach part-time at the University Center for Davenport College. On June 28, 1998, he married Judith Elaine Kern in Whitehouse, OH. A man of many interests and talents, David had a passion for reading, art and the study of philosophy. David also enjoyed fishing and gardening - he especially loved his hydrangeas. He was an advocate for animals, a connoisseur and collector of wines, loved to cook and enjoyed boating. He was a collector of glass pieces purchased from area art galleries. David liked to travel; his most memorable trip was to Paris, France on his wedding trip with Judy. His greatest love was his wife, his children and his grandchildren. David is survived by his wife Judy; his children and grandchildren; Michael David (Michelle) Reed of Midland and their children Madelynne Kay Reed and Mason David Reed; Allison Kay (Mark) Rolsten of Highlands Ranch, CO, and their children Samuel David Rolsten and Benjamin Reed Rolsten; Jamie (Eric) Padmore of Silver Spring, MD, and their son Robert Ellington Padmore and Janelle (Gary) Henry of Peru, NY. Also surviving is his niece, Amee (Scott) Colvin of St. Louis, MO. David was preceded in death by his first wife, Nancy Kay Reed, mother of Michael and Allison, his parents, his brother Harold L. Reed and sister Donna Meyer. A time of celebrating David's life will take place Sunday, February 22, 2015 at Nazareth Hall, Grand Rapids, OH from 2 to 5 p.m. with a memorial service at 2:30 p.m. To honor David's life, the family would suggest memorial contributions be directed to the John Hoag Scholarship Fund at the Economics Department at Bowling Green State University, Bowling Green, OH 43403. Please share memories and thoughts of David with his family by way of his online guest book at www.reynolds-jonkhoff.com The family is being served by Reynolds-Jonkhoff Funeral Home and Cremation Services, Traverse City.

The family of James David Reed created this Life Tributes page to make it easy to share your memories.