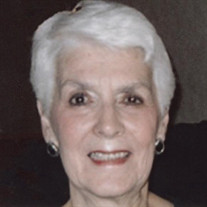 Our beautiful mother, Jane Carol (Kildee) Buller, passed away peacefully on December 27th, 2018. She lived a long, healthy and wonderful life. Jane was born on September 17, 1928 and the only child to Clarence and Pearl (Simon) Albright in Detroit, Michigan. She graduated from high school in Louisville, Kentucky. Jane lived a full life with many outstanding accomplishments. She was a wonderful and very devoted mother making certain that her children were raised with a strong faith. She also was a proud, stay at home mom. With her children getting older she and her children's father bought an existing children's clothing store (The Cradle to Teen Shop) in downtown, Traverse City. Jane took great pride in making sure that all their customers always came first and worked in the shop for over 31 years. After a divorce she met Ronald M. Buller, who proceeded to sweep her off her feet and on September 18, 1980, they married. Their life together was filled with many blessings and adventures. They both shared a multitude of common interests which enriched their busy lives and fulfilled them both deeply. At the age of twelve, Janie was introduced to the game of bridge by her step-father, Frank Van Pelt. It soon became her passion and she took it to the highest level possible. As she was raising her family she studied long and hard to earn the distinguished title of Life Grand Master in the international world of bridge. She was a much sought after bridge instructor and taught for decades all over northern Michigan. She also started a weekly bridge club, naming it, the Cherryland Duplicate Bridge Club. After several years she sold her club to Pat Clark but continued to play the game well into her 80's. Jane was truly a people person, her zest and enthusiasm for life cast a glowing radiance all around her wherever she went. Along the way, Jane partnered up with a dear friend, JoAnna Dakoske and together they opened and ran a very successful resale shop called, Peddlers Corners. Jane stayed with the shop until she finally decided to retire and do more travelling. As a young bride, Jane learned to sew under the loving care of her sweet neighbor, Margaret Fiebing. She became an accomplished seamstress, making clothes for her children and sometimes for herself. She was well known as a very beautiful and fashionable woman and loved the fact that she could create something from pieces of fabric. Another neighbor, Leah Moran showed Janie how to knit whereas she made hundreds of beautiful sweaters and afghans for her children and grandchildren. She also loved to knit items which she donated to people undergoing hard times or were less fortunate then herself. In her later years she and Ron got heavily into gardening. They literally tore out a small forest in their backyard and designed a show stopping, walk through garden. They would spend hours reading up on which flowers and plants would weather the cold winters and the two of them could be found, on any given morning, down in their plush garden, planting or replanting every spring, summer and fall. She was delighted, just like a small child, that their garden turned out to become the showstopper it was. Jane was preceded in death this past July by her beloved husband of 38 years, Ron, her parents, a son-in-law, Mike Jones and two grandchildren, Daniel Johnson and Julie Janis Finch. She is survived by her 9 children, Susanne (Bill) Janis, Patrick Kildee, Sandra (Jon) Lindstrom, Lisa (Tim) Lempke and William T. Kildee along with Terri Jones, David (Alberta) Buller, Steve (Lori) Buller and Sue(Bob) Austin plus 16 grandchildren and 11 great grandchildren. A memorial service will take place on Saturday, January 5th, 2019 at Grace Episcopal Church in Travers City. Visitation precedes her service beginning at 10 a.m. with the service following at 11 a.m. The Reverend, Kathryn Costas will officiate. A luncheon at the church will be served after the funeral and her graveside service will be held at Memorial Gardens following the luncheon. The family has requested that in lieu of flowers memorial gifts may be made to the following: The Northwest Michigan Jesus Ministry, P.O. box 1408, Traverse City, MI 49685 Northwestern Michigan College, 1701 E. Front Street, Traverse City, MI 49686 National Writers Series, 1200 West 11th Street, Traverse City, MI 49684

Our beautiful mother, Jane Carol (Kildee) Buller, passed away peacefully on December 27th, 2018. She lived a long, healthy and wonderful life. Jane was born on September 17, 1928 and the only child to Clarence and Pearl (Simon) Albright in Detroit,... View Obituary & Service Information

The family of Jane (Kildee) Buller created this Life Tributes page to make it easy to share your memories.