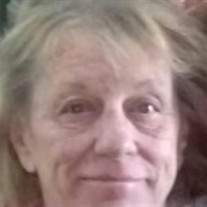 Joan Nissen was born on September 23, 1943 in Shenandoah, Pennsylvania. She completed her earthly journey in Traverse City, Michigan, and transitioned into the arms of her Savior on November 10, 2021; surrounded by her loving family, who will miss her dearly. Joan was incredibly proud of her Lithuanian heritage and her Pennsylvania roots. She was raised with a strong Catholic faith, which guided her throughout her lifetime, and whose beliefs she passed on to her children. When her father became a scout for the Detroit Tigers, Joan moved to Detroit with her family when she was 15 years old. Soon after moving, she met the love of her life, and married Edward, at 19 years of age, in 1962. Together, they raised three children. Joan and Ed had many adventures together; traveling to and watching sporting events, spending time with family and friends, playing cards and competing in board games; all while living in St. Louis, Redford Township, Houston, Minneapolis, Denver, and ultimately retiring in Traverse City. Joan loved to go out to dinner with her husband of 59 years and to watch the seasons change in Northern Michigan. She loved fall and winter and the beauty of nature around her. Joan had a competitive edge to her, which always encouraged little rivalries between her and those who were supporting the opposing team! Joan was a lifelong fan of the Detroit Tigers; with her love of sports expanding to football, basketball, and tennis. With her silliness, friendliness, generosity, and ability to dive directly into conversation with others, Joan made an immediate impact on all those she met. As described by a dear friend, “she was an amazingly strong, stubbornly sweet human!” Those who had the opportunity to know her on any level were incredibly blessed. A woman who was “generous to a fault,” who loved Christmas, Halloween, family gatherings, the University of Michigan football, and Hope College swimming; is now sharing her passions of gift giving to all those she now joins in Heaven. Joan was preceded in death by her parents, Edward and Mary (Mardos) Katalinas; and her two sisters, and very best friends, Mary Macknis and Anne Troke; as well as her in-laws, Howard and Grace Nissen. Joan is survived by her loving husband, Edward; her children, Sandra (Fred) Rousseau, John (Tasha) Nissen, and Susan (John) Arthur; grandchildren Joey, Kristy (Ray), Connor (Shelby), Ryan, JT, Maddie, Sarah (Nate) and Lydia; and great grandchildren Rowen and Rhett.

Joan Nissen was born on September 23, 1943 in Shenandoah, Pennsylvania. She completed her earthly journey in Traverse City, Michigan, and transitioned into the arms of her Savior on November 10, 2021; surrounded by her loving family, who will... View Obituary & Service Information

The family of Joan Nissen created this Life Tributes page to make it easy to share your memories.

Joan Nissen was born on September 23, 1943 in Shenandoah, Pennsylvania....