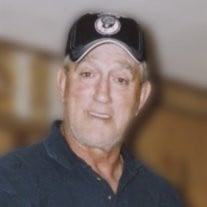 TRAVERSE CITY – John Gerald Chouinard, 72, of Traverse City passed away peacefully on October 16, 2013 at his home. John was born on June 1, 1941 in Traverse City to the late Lawrence and Arvilla (Couturier) Chouinard. He was married to Rita A. Winowiecki on November 18, 1967 at Immaculate Conception Catholic Church in Traverse City. She survives him. John had been employed as a nursing attendant with the State Hospital and he was a bus driver for TCAPS. He worked two jobs for 30 years. He was a member of Immaculate Conception Catholic Church and AA for over 39 years. John was a good athlete, he loved to both play and watch sports, but golf was his passion. Above all John favorite pastime was spending time with his family. John will be remembered for his great sense of humor. Surviving are his wife; Rita, two sons and two daughters; Scott (Lynn) Chouinard, Anita Chouinard, Kelly Maxwell and Nicholas (Leanne) Chouinard, nine grandchildren; Bailey, Sarah, Brendan, Amanda, Elizabeth, Joshua, Ashlee, John and Angelina, two great-grandchildren; Joshua and Erin. Also surviving are a brother and two sisters; Robert (Janet) Chouinard, Barbara (Loren) Fewins and Cecilia (Robert) Wise, as well as nieces, nephews extended family and friends. John was preceded in death by three brothers and a sister; Lawrence Chouinard, Lee Chouinard, James Chouinard and Yvonne O’Brien. John’s Funeral Liturgy will be held at 11:00 a.m. on Monday, October 21, 2013 at Immaculate Conception Catholic Church, 720 Second Street Traverse City. Rev. Fr. Anthony Citro will officiate. Friends are welcome to visit with John’s family at the Reynolds-Jonkhoff Funeral Home on Sunday, October 20, 2013 from 2:00 to 4:00 p.m. and 6:00 to 8:00 p.m. and at the church on Monday from 10:00 a.m. until the time of Mass. A scripture service will be held at the funeral home on Sunday afternoon at 4:00 p.m. Those planning an expression of sympathy may consider memorials to the Grand Traverse Area Catholic Schools or the American Cancer Society. Please feel free to share your thoughts and memories with John’s family at www.reynolds-jonkhoff.com. The family is being served by the Reynolds-Jonkhoff Funeral Home and Cremation Services.

TRAVERSE CITY &#8211; John Gerald Chouinard, 72, of Traverse City passed away peacefully on October 16, 2013 at his home. John was born on June 1, 1941 in Traverse City to the late Lawrence and Arvilla (Couturier) Chouinard. He was married to... View Obituary & Service Information

The family of John Gerald Chouinard created this Life Tributes page to make it easy to share your memories.