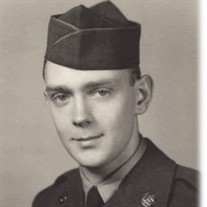 John Gilbert Martin, May 26, 1931—March 10, 2020 John Martin passed away peacefully in hospice after a brief illness. He was 88 years old. The son of Ellsworth and Helen Martin, John grew up in Flint, Michigan, and was a proud graduate of Flint Northern High School, where he starred on the track and field team. He also met there his sweetheart, Sally Mae Smally, the beginning of a relationship that blossomed for almost 70 years. John interrupted his work life to honorably serve his country in the Korean conflict, where he worked on a patrol-torpedo boat crew. On his return, John and Sally began their marriage, which led to four children, four grandchildren, and three great grandchildren. John always worked to make his surroundings a better place to be. At home, he loved to garden, to grow real tomatoes and other foods for the family, but his first love in the garden was his roses, which shared their passion for life with anyone who passed by the house on Milbourne Avenue or, later, on the north shore of Lake Ann. In his work outside the home, John spent most of his career with the Genesee County Road Commission, working his way up from laborer to foreman, and finally to district supervisor, the job he retired from. He was always proud of the service that they provided to the county, keeping travelers as safe as possible throughout the year, but John also found work a source of enduring friendships and of satisfaction that came from a stable and meaningful life. That life was truly fueled by his love for Sally and their kids. He enjoyed the state of Michigan, his beloved lakes and winding country roads, as thoroughly as anyone, but as much as John loved the outdoors, from chopping wood for the fireplace to reeling in a Coho salmon on Lake Michigan, he felt most at home…at home. John and Sally complimented each other as working parents and maintained a solid middle-class life in Flint. They saw their kids through the school years and helped them establish their own lives, but then moved toward retirement and travel with various campers and trailers. Once they both fully retired, they accomplished a lifelong dream of moving to the Grand Traverse region, for many years at Lake Ann in Benzie County, then at Traverse Hills condominiums. Wherever he lived over the years, John worked to maintain his connections to others—to friends and old colleagues, to men he’d known in the Army, to his children and other relatives—because that also gave his life meaning and made the world a better place to be. John is survived by his wife of 67 years, Sally; their children Elizabeth, Michael (Patricia), and John Martin; grandchildren Brigid O’Connor Martin, Kara Buyze (Eric), Jeneil and Christopher Bamberg; and great grandchildren Lillian and Zander Buyze and Julian Bamberg. He was predeceased by his daughter Kathryn Lynn Bamberg (Norman). Visitation will be held on Monday, March 16, 2020, at Reynolds-Jonkhoff Funeral Home in Traverse City, followed by services at 11:00. Donations in John’s name can be made to the Wounded Warrior Project and Munson Hospice House.

John Gilbert Martin, May 26, 1931&#8212;March 10, 2020 John Martin passed away peacefully in hospice after a brief illness. He was 88 years old. The son of Ellsworth and Helen Martin, John grew up in Flint, Michigan, and was a proud graduate... View Obituary & Service Information

The family of John Gilbert Martin created this Life Tributes page to make it easy to share your memories.