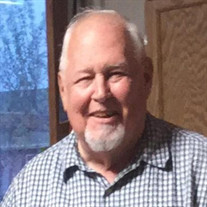 John Francis Paro (78), resident of Kingsley, MI died August 20, 2021 at Munson Medical Center, Traverse City MI. John was born January 4, 1943 to Ivan Clyde and Patricia Em (Dudley) in Mesa, AZ, and grew up in San Bernadino, CA. During his younger years, he was very involved in Boy Scouts, which helped him to discover his love of the great outdoors. During John’s high school senior year, the family moved to Dayton, MT, where he met his future wife, Cleora (Cleo) Hawkins. They were married in Couer d’Alene, ID June 8, 1965. John graduated from University of Montana with a Forestry Degree that prepared him for his 30+ year career with the National Park Service as a Park Ranger and Administrator. He lived and worked in places that many people only dream about and put on their bucket lists: Grand Canyon National Park (AZ), Glacier National Park (MT), Grand Teton National Park (WY), Chesapeake & Ohio Canal National Park (MD), Sleeping Bear Dunes National Lakeshore (MI) and Gateway Arch National Park (MO). He enjoyed being outdoors in nature and had many memorable experiences that he shared through his stories with family and friends. John and Cleora (Cleo) retired to Northern Michigan where he enjoyed many years of hunting, fishing and exploring the United States with friends and family. He was active in the local Lions Club and NARFE Chapter. There were many laughs with stories that had a few rum and cokes thrown in. John enjoyed music and one of his favorite road trip songs was “The Happy Wanderer” which was always sung in the car during numerous trips with family. John was very fortunate to be able to live this song throughout his life. John was preceded in death by his mother, father, sister (Judy) and brother (Jerry). He is survived by his wife (Cleora), sister-in-law (Nora), son (Brian), daughter (Lynnette/Larry Shuman), grand daughter (Sydney/Patrick Shults) and grandson (Spenser). Per John’s request, there will be no funeral. Memorials to be determined at a later date. Kindly share thoughts and memories with John’s family at www.reynolds-jonkhoff.com.

The family of John Francis Paro created this Life Tributes page to make it easy to share your memories.