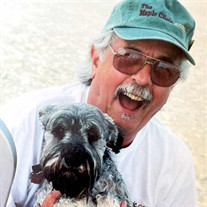 John Henry Vanderlind passed away on February 17, 2022. He was the middle child of Egbert Klaas and Lena (Cicali) Vanderlind. He was born in Pontiac, Michigan in 1925. His mother was an immigrant from Italy and his father a first generation American. He graduated from Pontiac Senior High School in 1944, Northwestern University in 1952 and the University of Michigan in 1955. He overcame poor academic preparation and went on to achieve enjoyment in areas of research and writing. He enjoyed writing letters, newsletters, articles about his work, some of which he published. During his early years, he was an adjunct instructor at the University of Detroit from 1965-1974. He was the first professionally trained Social Worker to open up a private practice in Birmingham, Michigan, where he practiced between 1957-1992. He helped organize The Maple Clinic in 1973 in Birmingham which was one of the first mental health clinics to contract with Blue Cross/Blue Shield to provide mental health services to the newly eligible persons under the UAW-Chrysler labor agreement. He also founded The Maple Clinics in Ortonville, Traverse City and Kalkaska, Michigan. He lived in Independence and Brandon Townships before moving to Traverse City in 1985. He enjoyed all the places where he lived, especially Traverse City where people were friendly and the town was full of special delights... from parades, fairs and spectacular scenery... any way you look. John is survived by his wife Barbara Cross; sister-in-law Kimberly Cross; and his children Constance Joy (Thomas) Howard of Clarkston, John Northan Vanderlind of Honor, and Jay Allen Vanderlind of Ortonville. He was preceded in death by his son Edward Aries Vanderlind who was killed by a drunk driver in 1979. He leaves behind his grandchildren Anissa, Derenda (Dave), Leah (Matt), Daniel (Amanda), Leland; and great-grandchildren Jane, Will, Henry, Evelyn, Agnes, Vella, Oliver and Asher. A gathering of friends and relatives will be held on Thursday, March 3, 2022 from 3:30 until 5:30 p.m. at The Park Place Hotel, 300 E. State Street, Traverse City, MI 49684. Cremation has taken place. As he wished, John will be laid to rest in Great Lakes National Cemetery in Holly, MI, on Thursday, May 26, 2022, at 11:00 a.m. Under the auspices of the United States Army, John will be presented with full military honors. Anyone wishing to make a memorial in John’s honor, may direct it to the Cherryland Humane Society, 1750 Ahlberg Road, Traverse City, MI 49696.

John Henry Vanderlind passed away on February 17, 2022. He was the middle child of Egbert Klaas and Lena (Cicali) Vanderlind. He was born in Pontiac, Michigan in 1925. His mother was an immigrant from Italy and his father a first generation... View Obituary & Service Information

The family of John Henry Vanderlind created this Life Tributes page to make it easy to share your memories.