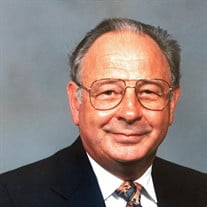 John Michael Wenden passed away peacefully on January 14, 2022, at the age of 85, after a multi-year battle with Parkinson’s disease. John was born in Ilford, England, on the outskirts of London. He fondly remembered his childhood and often told stories of his parents sending him to live in the English countryside to avoid the German air raids during World War II. After completing secondary education, John enlisted in the Royal Air Force. During his 4 years of honorable service in the RAF, he specialized in aircraft radar systems, acquiring valuable technical skills in the emerging electronics field. These skills, combined with higher education, served him well in the business world as he held various engineering and management positions with Burroughs Corporation, later becoming Unisys. This led to several job assignments in the United States, taking him to Florida, Washington, DC and New Jersey. In 1991 he moved to Michigan, where he managed several private companies, ultimately becoming the CEO and owner of Trantek Automation in Traverse City. In 1999, he proudly became a naturalized citizen of the United States. He retired in 2013 and enjoyed his later years while living on Little Traverse Lake in Leelanau County. John is survived by his wife of 31 years, Mary Anne (Maureen) Wenden; his stepchildren: Grainne (Stanley) Krasovic and Deirdre (Jeff) Smith; his children: Denise (Allan) Armit, Sandra Wenden (Gerry Honcek) and Anthony Wenden; and his grandchildren: Rachel, Andrew, Ian, Dermot, Connell, Fiona, Sean and Ciara. In lieu of flowers, the family has requested that donations in John’s memory be made to The Michael J. Fox Foundation for Parkinson’s Research www.michaeljfox.org

John Michael Wenden passed away peacefully on January 14, 2022, at the age of 85, after a multi-year battle with Parkinson&#8217;s disease. John was born in Ilford, England, on the outskirts of London. He fondly remembered his childhood and... View Obituary & Service Information

The family of John Wenden created this Life Tributes page to make it easy to share your memories.