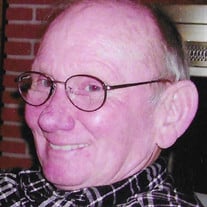 Jon L. Chrestensen, 75, of Traverse City, peacefully passed away on December 21, 2021, with his family by his side. He was born on June 28, 1946 in Traverse City, MI to the late Leonard and Martha Gayle (Meteer) Chrestensen. Jon was a native of Traverse City and chose to remain here, although he loved escaping to the U.P. and Canada as the city grew. He served his country in the U.S. Army Reserve. He was employed by Pepsi Bottling Group for 33 years, primarily as a route salesman and district manager, until his retirement. Jon’s retreat was his cabin on Trout Lake in Ontario, Canada, where countless memories were made with his family and his U.S. and Canadian friends. He enjoyed hunting in the area in his younger years and in the U.P. with his long-time friend in his latter years. Fishing was Jon’s ultimate peace throughout his life, especially those walleye fishing trips to Horwood Lake in Ontario, Canada with his family and friends. Jon’s quips always kept us entertained. Jon is survived by his loving wife of 48 years, Diane, two sons and two daughters of whom he was so proud, Chris (fiancée Dawn Woodruff) Chrestensen and Mary Jo (Mike) McShane whom he shared with former spouse Jan Chapman, Jed (Annikka) Chrestensen, and Kori (James) Jackson. Also surviving are his grandchildren who captured his heart, Griffin, Kaisa, Keira, Jordan, Dillon, Grace, Ari, and Asa. Jon leaves behind brothers Jack (Lonnie) Chrestensen and Jim (Roberta) Chrestensen, his Uncle Glenn Meteer, and numerous nieces, nephews, and cousins. Jon showed us every day how to persevere in the face of mounting obstacles and health challenges, his sense of humor always intact. His family will forever be grateful for the additional years we had with him due to his strength, determination, and love. A funeral service honoring Jon will take place at 11:00 a.m., with visitation starting at 10:00 on Saturday, May 21, 2022 at Reynolds-Jonkhoff Funeral Home, 305 Sixth Street, Traverse City, Michigan. Burial will follow in Linwood Cemetery. Military Honors will be conducted under the auspices of the U.S. Army, Cherryland V.F.W. post 2780 and the American Legion post 35. Those planning an expression of sympathy may wish to consider a contribution in memory of Jon to support Vascular Surgery at Cleveland Clinic. Gifts can be made online, give.ccf.org/honmem, or sent to Cleveland Clinic Foundation, P.O. Box 931517, Cleveland, OH 44193-1655. In the memo section of the check, please include Jon L. Chrestensen/Vascular Surgery. Please feel free to share your thoughts and memories with Jon’s family at his tribute page at www.reynolds-jonkhoff.com. The family is being cared for by the Reynolds-Jonkhoff Funeral Home and Cremation Services.

Jon L. Chrestensen, 75, of Traverse City, peacefully passed away on December 21, 2021, with his family by his side. He was born on June 28, 1946 in Traverse City, MI to the late Leonard and Martha Gayle (Meteer) Chrestensen. Jon was a native... View Obituary & Service Information

The family of Jon L. Chrestensen created this Life Tributes page to make it easy to share your memories.