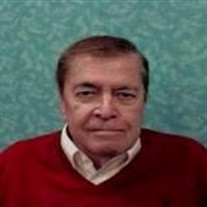 Jon S Kubiak February 10, 1935 - February 19, 2019 Jon Stanley Kubiak - February 10, 1935 - February 19, 2019. Jon Kubiak, a Traverse City resident, passed away suddenly on February 19, surrounded by the friends and coworkers whom he loved so much. He had just celebrated his 84th birthday. Jon was born in South Bend, Indiana to Stanley and Sylvia Kubiak. He received his bachelor’s degree in 1957, and his law degree in 1960, both from the University of Notre Dame. He began his legal career in public service at the Illinois Attorney General’s Office, where he advised the Illinois Toll Commission. He subsequently took a job as a corporate attorney at the Maremont Corporation in Chicago, beginning a half century of service as a corporate attorney in several different capacities. It was there where he met his wife, Elaine Pauline Michaelis, with whom he celebrated over forty years of marriage before her passing in July 2017. He served as the General Counsel for Prestolite Electric in Toledo, Ohio from 1986 until 1994, and then in the same role for the Christian Broadcasting Network in Virginia Beach, Virginia from 1994 until 1999, where he served as Pat Robertson’s personal attorney. After a brief stint as the legal counsel for a small ministry in Traverse City, he became the General Counsel for the Economic Development Corporation of the Grand Traverse Band of Ottawa and Chippewa Indians, providing legal advice regarding the operation of the Grand Traverse Resort and Casinos for over fifteen years. Jon was a rabid fan of everything Notre Dame, and could not miss a single game on fall Saturdays. He also was a voracious reader, with the ability to read multiple books a week. His favorite book topics included World War II, political history, and, of course, Notre Dame sports. He adored, and was adored by, his family and friends, and one of his favorite things to do was treat his loved ones to meals at restaurants. Jon was preceded in death by his wife Elaine, his father Stanley, his mother Sylvia, his sister Vivian, and his brother-in-law Anthony Girolami. He is survived by his son Mark, his soon-to-be daughter-in-law Jeanine, and his daughters Karen and Kristin and their families. Services will be held at noon on Tuesday, February 26 at the Reynolds-Jonkhoff Funeral Home with a visitation held 1 hour prior. In lieu of flowers, donations may be made in his memory to the Best Friends Animal Society, 5001 Angel Canyon Road, Kanab, UT 84741 and the Elephant Sanctuary, 27 E. Main Street, Hohenwald, TN 38462. Please share your memories of Jon with his family by visiting his tribute page at www.reynolds-jonkhoff.com The family is being served by the Reynolds-Jonkhoff Funeral Home and Cremation Services.

The family of Jon Stanley Kubiak created this Life Tributes page to make it easy to share your memories.