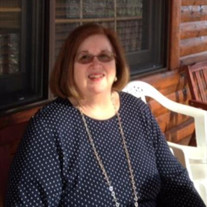 Kathleen A Foster (Kathy), 73, of Grand Traverse County, passed away on November 6, 2020. She was born on April 17, 1944 in Hazel Park, Michigan, to the late William J. and Lola D. (Nixon) Foster. Kathy was a loving and giving person to her family and friends. She loved getting together with friends and family to play games, talk and laugh. Kathy was also an accomplished quilt seamstress. She made many beautiful quilted pieces for family and friends. Kathy graduated from Clawson High School, Clawson, Michigan, in 1965. She was an accomplished member of the high school band, playing flute. During high school, she enjoyed learning languages including Spanish and French. Kathy attended Central Michigan University from 1965 to 1969 and was awarded a Bachelor’s Degree in Political Science and Spanish with a secondary teaching certificate. She taught high school Spanish for one year before returning to the Detroit to pursue interest in the law. Kathy worked as a law clerk for several judges, eventually attending Wayne State University Law School obtaining her Juris Doctor in 1986. During her time at Wayne State University Law School, Kathy was selected to serve on Law Review. Kathy worked as a Commissioner with the Michigan Supreme Court from 1997 to 2010. During her time at the court she was charged with the responsibility to review all cases coming before the Court and preparing recommendation for the Justices as to disposition of the cases. On retiring from the Court in December of 2010, Kathy moved from her home in Mason, Michigan to her new home in Traverse City. Since her time in Traverse City, Kathy has used her skill as a volunteer with Conflict Resolution Services (CRS) offering pro Bono mediation services as directed by local courts and serving on the CRS Executive Board. Kathy also participated in a local book club and with the Dolly Parton group to provide books to children. Kathy is survived by two sisters, Deborah (Larry) Lehmann and Patricia (Patrick) Conaton, and one brother, James (Alice) Foster. She is also survived by 4 nephews, 3 nieces and lots of grand nephews and nieces. In addition, Kathy leaves behind several special friends including Kathy Dawson, Patti Stinson, and Calvin Sterk. She will be deeply missed by all who knew and loved her Kathleen’s remains will be placed in the Columbarium within Central United Methodist Church, Traverse City, MI near where her parents remains are located. Due to COVID-19, a memorial gathering will be planned at a later date. The family is being cared for by the Reynolds-Jonkhoff Funeral Home and Cremation Services.

Kathleen A Foster (Kathy), 73, of Grand Traverse County, passed away on November 6, 2020. She was born on April 17, 1944 in Hazel Park, Michigan, to the late William J. and Lola D. (Nixon) Foster. Kathy was a loving and giving person to her... View Obituary & Service Information

The family of Kathleen A. Foster created this Life Tributes page to make it easy to share your memories.