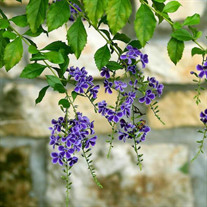 Kathleen Loretta (Gaga) Walters, age 93, passed away Monday August 2nd at the Pavilions in Traverse City. Katy was born November 19th, 1928, at her family’s home on State St in Traverse City, where she lived much of her adult life with her older sister Hermine and her parents. She worked her entire career at Progress Laundry, within walking distance of her home. For many years Katy was the babysitter for her nieces, nephews, and neighborhood kids. She wasn’t ashamed to admit she preferred the boys over the girls. She was always proud of the fact she’d have her Christmas shopping finished by August. She was always quick with her holiday cards, Valentines, Halloween, Christmas, Easter, and St. Patrick’s Day. It was well known Katy had a very weak filter and made a point of speaking her mind. Being PC (Politically Correct) was not her strong suit. Katy loved being included in the many family functions around town where she was regularly accompanied by her close friend Tom Collins. She was preceded in death by her parents Herman J Walters, and Clarabelle “Lovey” Deuster Walters, her sisters Hermine (Tootles), Genevieve (Honey Girl), Mary Jean (Cheeny Eenie), Madonna (Karoski Kaposki) and brother Johnny (Sunshine Boy) and two infant sisters that died at birth. Also, her brother-in-law Hank Berg sister-in-law Joann Walters, nephews John Brick and Ronnie Walters, and niece Barbara Anderson Walters. She is survived by her nieces and nephews, Jimmy Walters, Bobby Walters, Robert Brick, Timothy Brick, Mariclare Knowles, Terry Brick, Beki Reed, Genevieve Rose Berg, Michael Berg, Renee Resch, Debbie McLaughlin Berg as well as numerous great nieces and nephews. Katy was loved by everyone she touched and will be missed. A gathering will be held on Labor Day, September 6, 2021 from 4 – 6 pm at the Top of the Park at the Park Place Hotel. Purple attire is encouraged but not required. Donations can be sent to Brickways Foundation (935 Barlow St, Traverse City MI 49686) Please visit www.reynolds-jonkhoff.com to share your memories with the family.

Kathleen Loretta (Gaga) Walters, age 93, passed away Monday August 2nd at the Pavilions in Traverse City. Katy was born November 19th, 1928, at her family&#8217;s home on State St in Traverse City, where she lived much of her adult life with... View Obituary & Service Information

The family of Kathleen Loretta Walters created this Life Tributes page to make it easy to share your memories.